While it should surprise nobody that this particularly brutal winter we have experienced in Boston contributed to numerous car accidents involving personal injury, the recent rise in temperature is now contributing to what the Boston Globe is calling a series of “freak accidents.” 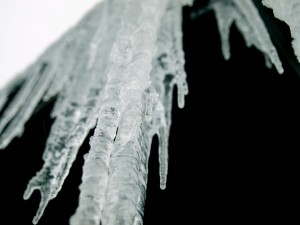 Warmer weather of the past week has caused large amounts of snow and ice to partially melt and slide off Boston rooftops. This ice often falls off a roof in large heavy sheets covered with heavier damp wet snow. When these sheets of snow and ice land on a car, it can result in a significant amount of property damage and personal injury, if a car was occupied at the time.

The Cambridge Police Department is very concerned about this unexpected danger and has warned residents and motorists to take extreme caution, as the snow and ice can be deadly. The department has also set up roadblocks to close sections of streets throughout the greater Boston area where falling snow and ice has been particularly prevalent. In once incident, a large icicle broke off a roof and went through the windshield of a moving vehicle. Fortunately for the driver of this car, he was not injured by the potentially deadly incident.

While ice and snow removal is typically the responsibility of property owners, the city dispatched emergency crews to remove as much ice and snow as possible, since it was creating such a danger to motorists and pedestrians using the streets below.

In another similar incident, a car at the Charlestown Navy Yard neighborhood of Boston was “flattened like a pancake” when a huge pile of wet snow fell from the top of a building and landed on top of it.

As part of the article, a local auto glass business said this was the worst (and busiest) winter they had seen in 25 years. Some cars were so damaged, they could not replace the glass without having extensive body work done first. The business owner said one car was so damaged by falling ice, it looked as if someone had repeatedly struck the car with a hatchet.

While many of these accidents are truly accidents where nobody is really at fault, our Boston car accident lawyers know all accidents can’t be blamed on nature and other unavoidable conditions. For example, if a driver is on a street and a large pile of snow and ice falls in front of them, that driver may have to slam on his or her brakes to prevent a collision. If a car had been following too closely to stop in time and rear ends the first car, the driver of the second car cannot escape liability by simply saying they didn’t expect ice to fall on the road.

That second driver still owes a duty of care to drive in a reasonable and prudent manner to prevent foreseeable injury to foreseeable persons. In other words, the second car cannot tailgate the car in front of it and must leave enough space to be able to stop in an emergency.