According to a recent report from the Boston Globe, one person was killed in what has been described as a fiery car accident that occurred on Route 125 in Andover.  The accident involved a semi tractor-trailer and a minivan. 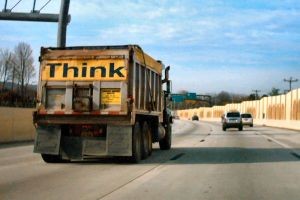 Authorities say the large commercial truck was stopped at a traffic light when it was rear ended by the minivan.  The minivan hit the underride bar on the rear of the truck.  The underride bar or guard is the large horizontal bar that is often covered with red and white reflective decals. END_OF_DOCUMENT_TOKEN_TO_BE_REPLACED

Truck accidents are among the most serious types of motor vehicle accidents in Boston and across the Commonwealth of Massachusetts.  While it is possible to escape a car accident unscathed, accidents involving a large commercial truck and a car, bicycle, motorcycle, or pedestrian often result in serious personal injury or even death as result of the tremendous amounts of weight and force from a tractor trailer.

According to a recent news feature from Mass Live, a tractor trailer burst into flames after being involved in a serious motor vehicle accident with another large tractor trailer on the Massachusetts Turnpike (Mass Pike). END_OF_DOCUMENT_TOKEN_TO_BE_REPLACED

Normally, chips and beer are all you need for a good party. But recently in Florida, it had all the makings of a truck accident. 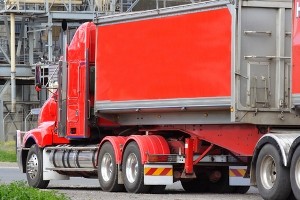 The truck carrying the beer was a semi-tractor trailer, and the truck carrying the chips was a smaller box truck.  The accident occurred around three in the morning in Florida, and while neither driver suffered any personal injury in the accident, there was beer and chips all over the highway. END_OF_DOCUMENT_TOKEN_TO_BE_REPLACED

At the end of year and the beginning of every year, the media likes to publish lists and remind us of events that took place during the past year. Some of these are lists of good things, others are just for entertainment, and some are lists of unfortunate events.

One of the events that takes place towards the end of every year in the fall is Commercial Vehicle Safety Alliance’s Operation Safe Driver Week. This commercial vehicle safety week involves increased weight and size safety inspections for commercial motor vehicles across the country. END_OF_DOCUMENT_TOKEN_TO_BE_REPLACED

Fortunately, there were no life-threatening injuries as result of what could have been a much more serious train accident. Police say the driver of the truck and the train engineer were both able walk away from the accident. There was passenger on the train that complained of some type of injury, and he was taken to a local hospital. END_OF_DOCUMENT_TOKEN_TO_BE_REPLACED

According to a recent news article from WFTV 9, I-95 in Florida was shut down after a multivehicle crash that resulted in the death of a semi truck driver. State police are reporting that the truck driver lost control of his vehicle and hit a crash attenuator. A crash attenuator is a crushable device (usually painted yellow and black) that is placed on the end of a guardrail or other gouge point on a highway that is designed to absorb impact and help protect occupants of vehicles that hit the device.

Witnesses say that when the truck hit the barrier, the trailer swung around and blocked all northbound lanes of the interstate, causing traffic to come to a standstill. Another truck driver did not stop in time and crashed his truck into five cars stopped at the scene, and then crashed into another tractor trailer.

After the impact from the second truck, three additional vehicles were struck in the chaotic crash scene, and the semi truck that had hit them burst into flames. The driver of the truck that failed to stop for the accident was killed in the fire. At this point, two other vehicles caught fire, but the occupants of those vehicles were able to escape. Several people involved were taken to local hospitals with non-life threatening injures.

END_OF_DOCUMENT_TOKEN_TO_BE_REPLACED

Stotler v. Dep’t of Transp., an appeal heard in the Connecticut Supreme Court, involves a truck that was going down a steep hill on a state highway when the brakes failed. The runaway truck collided with several cars after losing control.

In this case, the plaintiff alleged that the highway department was negligent in many ways, including failing to adequately warn the truck driver of the steep grade change on the road, not constructing a runaway truck ramp, failure to maintain the roadway, and several other claims of negligence.
END_OF_DOCUMENT_TOKEN_TO_BE_REPLACED

Our Boston car accident lawyers know rules of evidence often seem counterintuitive and can be very confusing to clients.

In Valedez v. Watkins Motor Lines, et al., an appeal from the U.S. Court of Appeals for the Eight Circuit, two men were working as vehicle delivery drivers. Their job was to go to a car auction house and drive the purchased vehicles back to El Paso.

When the workers arrived at the auction house in St Louis, they picked up three vehicles. One of the drivers drove a minivan that was towing a small SUV on a dolly. The other driver was in a pickup truck that had been purchased by their employer. According to testimony for the plaintiff, the drivers had spliced wires on the minivan’s electrical system and placed a tow light package on the back of the vehicle on the dolly.
END_OF_DOCUMENT_TOKEN_TO_BE_REPLACED

Tracy Morgan, the actor, comedian, and former Saturday Night Live star, was involved in a fatal 6-car accident on June 7th in Delaware. Immediately following the accident, investigation focused on the tractor-trailer driver and the dangerous industry of commercial trucking and transport. According to the Boston Globe, Morgan suffered critical injuries after a tractor-trailer slammed into his limousine bus. The truck accident also killed another comedian and seriously injured two other passengers.

The collision sheds light on the danger of truck-driver fatigue and the serious harm caused by high-speed trucking accidents. Our Boston truck accident attorneys are experienced in investigating truck accident claims and in helping victims and their loved ones recover maximum compensation after an accident. We are also experienced in pursuing complex claims against large trucking companies and negligent drivers.
END_OF_DOCUMENT_TOKEN_TO_BE_REPLACED

A trucker from New Hampshire who was hauling garbage was both speeding and driving while distracted as he caused a trucking accident in New England involving an Amtrak train. The distracted driver realized too late that he and his tractor-trailer were going to collide with the train. By the time he hit the brake, his vehicle slid more than 200 feet directly into the path of the oncoming train. The fiery collision killed the truck driver and injured a number of others, according to the Boston Globe. Reports indicate that the 35-year-old driver was on the phone with his employer for five minutes just before the accident happened. He was driving 20 miles above the speed limit. A following motorist said he witnessed the big rig swerve along that roadway.

Our Massachusetts trucking accident attorneys understand distracted drivers cause dangerous situations. They pose serious threats to all motorists on our roadways, regardless of how attentive we may be.

Investigators concluded that the truck driver was on the phone when the truck and the train collided. The train, traveling between Boston and Portland, was traveling at approximately 70 miles per hour with more than 110 passengers on board. Witnesses report that the train was thrown off the track, flames shot nearly three stories high and trash from the tractor-trailer was thrown everywhere. The truck driver’s body reportedly landed nearly 400 feet from the accident in a ditch. Two Amtrak employees and four passengers were injured.

The truck driver’s records indicate that he and his vehicle had passed an inspection at a weigh station in Eliot, located just before the scene of the accident. Reports also indicate that the train and the train’s horn, lights and gates were all working properly.

Another trucker, Greg Daigneault from North Berwick, says that the driver was significantly exceeding the speed limit and was driving erratically.

Data from the trucker’s GPS unit indicated that he neglected to slow down when the posted speed limit went from 55 to 40 miles per hour, and then down to 30 miles per hour.

This accident happened as the driver was making his second run of the day for Triumvirate Environmental Inc., a company in Somerville. He had started his work day at 6 a.m. and the accident occurred shortly after 11 a.m.

The driver’s cell phone records reveal that he had 14 phone calls from 7:37 a.m. to the time of the accident. The last call, between him and his boss, happened during the same time that officers received 911 calls reporting the accident.

It’s no secret that driver distractions can lead to fatal accidents. The risks heighten when a large truck or a train is involved. Drivers are encouraged to stay focused, alert and distraction-free to avoid these types of accidents. All too often, innocent people are killed because of accidents that involve a distracted driver.
END_OF_DOCUMENT_TOKEN_TO_BE_REPLACED