Recently, the Utah Supreme Court considered this issue, finding that strict liability can still be imposed on a driver who suffers sudden incapacity. The case involves a motor coach driver who suffered a sudden and unforeseeable loss of consciousness.  END_OF_DOCUMENT_TOKEN_TO_BE_REPLACED

As discussed in a recent news article from Bostinno, on November 6, 1916, a Boston trolley car was filled with commuters during evening rush hour.  This was Election Day, and the contest that year was between Woodrow Wilson, who obviously won the election, and Justice Charles Evans Hughes of the United States Supreme Court.  The polls had just closed prior to the streetcar crash. END_OF_DOCUMENT_TOKEN_TO_BE_REPLACED

According to a recent news feature from the Boston Herald, a woman in Worcester County died as a result of injuries she sustained during a car accident involving a school bus.  Authorities have said the 57-year-old woman was riding as passenger in a car driven by a 33-year-old man from Rhode Island when she was killed. END_OF_DOCUMENT_TOKEN_TO_BE_REPLACED

According to a recent report from the Boston Herald, a head-on collision involving an area school bus resulted in one woman being seriously injured and several students on the bus having suffered what are being described as minor injuries.  The school bus crash occurred in Sudbury just before 4 p.m.

Authorities say the female driver, who is 73 years old, was driving a passenger sedan that was badly damaged in the bus crash. She was seriously injured and trapped in her crushed vehicle.  When first responders arrived on the scene, they called for a fire department rescue squad and rescue personnel were eventually able to extract the victim from her car and take her to a local level one trauma center.  The bus was said to be transporting players on the girl’s rugby team.  END_OF_DOCUMENT_TOKEN_TO_BE_REPLACED

Authorities have said an 80-year-old woman was killed in a fatal bus crash involving a minivan and a school bus in Worcester, Massachusetts.  According to a recent news article from the Worcester Telegram, the woman’s husband was also seriously injured in the crash.   The accident is still under investigation, but it is believed that what is being called “extreme sun glare” played a major role in the accident.

Apparently, the sun glare was so bad that officers who responded to the scene of the deadly Worcester County car accident said they could barely see anything due to the glare. As for the accident itself, authorities have said the decedent was driving their minivan around 4:30 p.m. when she allegedly crashed into a bus that was making a turn. The minivan collided head first into the side of a school bus, causing substantial damage to the minivan. The driver was coming out of a parking lot when making the turn.  END_OF_DOCUMENT_TOKEN_TO_BE_REPLACED

Seat belts save lives in motor vehicle accidents. As many as 15,000 annual car crash deaths are prevented yearly as a result of motorists wearing seat belts. Unfortunately, school children and others who ride school buses for field trips or events often do not have the option to take the life-saving step of buckling up.

Many school buses in Massachusetts and nationwide do not come equipped with standard three-point belts, like those found in virtually all other types of motor vehicles. The fact school buses are not required to have adequate seat belts has become a big cause for concern, with the new leader of the National Highway Traffic Safety Administration (NHTSA) making clear the lack of required seat belts on buses is a “gaping obvious hole in our safety measures.”

END_OF_DOCUMENT_TOKEN_TO_BE_REPLACED 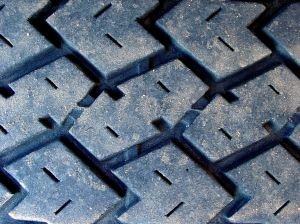 Authorities have said the 70-year-old man was severely injured when he was hit by the bus and then pinned underneath it for around 20 minutes until first responders could free him and transport him to the hospital. According to witnesses, the man was at the corner of 7th Street and Massachusetts Avenue, when the bus approached the corner. The bus made contact with the man as it was making a left hand turn, and he managed to get trapped under the rear dual tires of the bus. END_OF_DOCUMENT_TOKEN_TO_BE_REPLACED 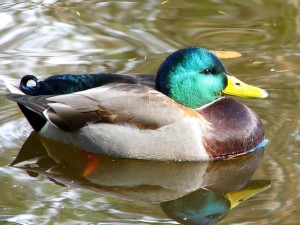 Since the end of the war, the Marines and Army no longer needed these vehicles, and many were scrapped. However, some still survive, and many of these are used give tours around Boston and other cities. The ones in Boston are given names like “Haymarket Hannah” and have become a very popular tourist attraction. END_OF_DOCUMENT_TOKEN_TO_BE_REPLACED 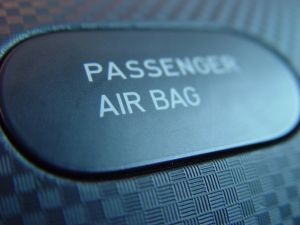 Authorities say the bus was driving down Route 1 in North Attleboro around 2 p.m., when it pulled over to the right-hand lane to drop off a passenger, and the former mayor’s car crashed into it from behind. As soon as the accident occurred, bystanders called 911, and some ran over to the scene to see if there was anything they could do to help. END_OF_DOCUMENT_TOKEN_TO_BE_REPLACED

According to a recent news article from the Boston Globe, a woman died as a result of serious motor vehicle accident involving a school bus. 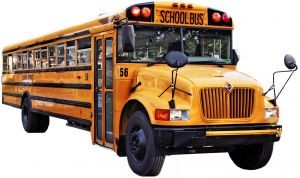 Authorities say victim was killed when her minivan crashed into a school bus in Worcester, Massachusetts. Based on the location of the fatal car crash, both the Worcester and Shrewsbury police responded to the accident on Route 20. The accident occurred on the line between the two cities on a Wednesday evening around 6 p.m. Decedent was driving a 2000 Honda Odyssey minivan during the accident.

Decedent’s Honda suffered severe damage in the deadly car accident, and she was trapped in her vehicle following the collision. Firefighters worked to free the 58-year-old woman from her vehicle and transported her to a local level-one trauma center, where she was immediately taken into the operating room. She survived emergency surgery, but died later that evening following the operation.
END_OF_DOCUMENT_TOKEN_TO_BE_REPLACED