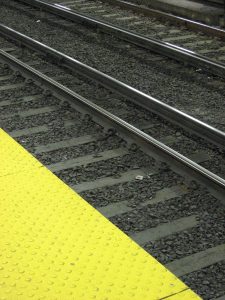 Conversely, when the defendant is a public agency, as defined in Massachusetts General Laws (M.G.L.), there is typically a cap on the amount of damages a plaintiff can recover. It’s a maximum of $100,000 to any single injured person.  This is due to what is known as the doctrine or law of sovereign immunity. END_OF_DOCUMENT_TOKEN_TO_BE_REPLACED 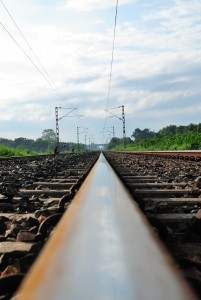 This serious car accident involving a Massachusetts Bay Transportation Authority (MBTA) commuter rail train occurred in Belmont, a suburb of Boston situated in Middlesex County. The car was driven by a woman, who was transporting three boys, ages 6, 10 and 11. END_OF_DOCUMENT_TOKEN_TO_BE_REPLACED

As discussed in a recent news article from Bostinno, on November 6, 1916, a Boston trolley car was filled with commuters during evening rush hour.  This was Election Day, and the contest that year was between Woodrow Wilson, who obviously won the election, and Justice Charles Evans Hughes of the United States Supreme Court.  The polls had just closed prior to the streetcar crash. END_OF_DOCUMENT_TOKEN_TO_BE_REPLACED

Fortunately, there were no life-threatening injuries as result of what could have been a much more serious train accident. Police say the driver of the truck and the train engineer were both able walk away from the accident. There was passenger on the train that complained of some type of injury, and he was taken to a local hospital. END_OF_DOCUMENT_TOKEN_TO_BE_REPLACED

Everyday in cities across America, millions of people rely on public transportation to take them to and from work. In cities like Boston, people ride the “T,” because they may not own a car, don’t want to pay for parking or realize it may be the fastest way to get where you need to go. When passengers board the T, they often take for granted the transit authority has taken the steps necessary to get them to work or home safely, and has plans in place to respond in the case of an accident or other emergency.

According to a recent article from Huffington Post, things did not go well for many passengers trapped in a smoke-filled train waiting for emergency responders to arrive and get them off the train and take them to safety.
END_OF_DOCUMENT_TOKEN_TO_BE_REPLACED

According to a recent news article from CBS Boston, two cars were in a collision involving a commuter rail train in Braintree. Police have stated one car stopped at a railroad crossing and was rear-ended by a second car, pushing it onto the tracks. While the driver of the first car was unable to move off the tracks before the train arrived, all occupants of the vehicle were able to escape before the train collided. While this accident ended without anyone being injured, each year, deadly car accidents involving MBTA trains and other forms of public transportation occur throughout the greater Boston area. These cases, which involve MBTA as a defendant, often involve more complex litigation than cases involving private defendants.
END_OF_DOCUMENT_TOKEN_TO_BE_REPLACED

At the end of each workday in Boston, many residents go to South Station or Back Bay Station to catch an MBTA commuter rail train home. Seeing those purple diesel locomotives is such a normal sight that we often don’t realize that a standard locomotive and six passenger cars typically weighs over a million pounds and takes over a mile to completely stop. According to one recent report from WCVB 5 News Boston, a Massachusetts Bay Transportation Authority (MBTA) Commuter Line train crashed into a 2011 Mitsubishi Outlander at a railroad crossing in Acton.

Passengers on the train reported feeling a jolt and seeing the lights flicker on and off as the train was slowing down to a stop. When first responders arrived, they found a crushed car that was upside down and essentially cut in half. Miraculously, the driver, a 63-year-old woman, was still alive and able to talk.
END_OF_DOCUMENT_TOKEN_TO_BE_REPLACED

Our Boston car accident lawyers know that a bus crash can lead to very serious personal injury. According to a recent article in the Boston Globe, a driver alleged to be operating under the influence of drugs hit a Massachusetts Bay Transportation Authority (MBTA) bus.

Camera footage shows a car traveling down a divided road at a high rate of speed when the driver crosses over the double yellow lines. After driving on the wrong side of the road for approximately 50 feet, the car collides into a city transit bus. The front end of the car is destroyed, and, with smoke coming the hood, the car eventually comes to a stop on the sidewalk.

Of the 37 passengers on the bus, 20 of them are reported to have suffered injuries. The injuries are primarily to the head and neck area and are not reported to be life threatening.
END_OF_DOCUMENT_TOKEN_TO_BE_REPLACED

A 68-year-old man was recently injured in railroad accident in Medford. It happened after authorities say the man decided to drive his car around a railroad crossing gate. His car was hit by an oncoming Amtrak train.

According to the Boston Globe, the accident happened just after 8:00 a.m. at the West Medford station at High Street. The collision involved the Downeaster that was heading from Portland to Boston. There were more than 60 passengers on the train at the time of the accident. None of them were injured. The accident delayed travel on the Lowell commuter rail. Some trains were canceled. The driver was transported to the hospital and treated for injuries. His car sustained some serious damage in the wreck. Police officers say that he will be ticketed for driving around the railroad crossing gate.

Our Boston car accident attorneys understand that the Department of Transportation’s Inspector General estimates that more than 90 percent of all grade crossing accidents are caused by risky driver behavior. The average train is about 7,000 feet long and weighs more than 3,000 tons. Now, when you throw that up against the size and the weight of your everyday passenger vehicle, it’s easy to see that we don’t stand a chance as motorists.

Of these accidents, nearly 2,000 of them occurred between vehicular traffic and trains. Nearly 250 people died in these accidents and another 1,000 were injured. Highway-rail incidents represent more than 17 percent of all reported train accidents.

-Track defects contributed to more than 34 percent of all train accidents.

-Always approach a crossing like there’s a train coming. Always be ready to stop.

-Don’t rely on sound from the train to alert you that it’s approaching. Always be aware of your surroundings.

-Never to cross the tracks unless you’re absolutely positive that you can make it all the way across.

-Remember that there could be more than one train crossing the intersection at the same tie. Be sure the coast is clear, in all directions, before proceeding.

-Be careful of obstructions that may block the view of an approaching train, including vegetation, buildings, standing railcars, other vehicles, etc.

-Be extra careful and slow your speed near tracks in inclement weather.

-When possible, plan your trip to use crossings that are equipped with gates and flashing light warning devices or flashing lights.

Remember that it takes a train much longer to stop than a passenger vehicle. As a matter of fact, it takes a train about a mile to come to a complete stop. That’s close to 20 football fields.
END_OF_DOCUMENT_TOKEN_TO_BE_REPLACED

The Massachusetts Department of Transportation (MassDOT) is asking for all residents and visitors in the state to travel safely throughout the remainder of the Christmas and New Year’s holidays. There are a number of roadways that are expected to be dangerously congested during the busy travel season. Setting out with a plan will increase your safety on these roadways. According to MassDOT, Interstate 90 at Exit 9 that connects Interstate 84 to New York and Connecticut typically experiences busy roadways and slow-moving toll plazas. When residents are making this year’s holiday travel plans, they are urged to schedule driving times in the early morning or during the evening hours after 8 p.m. This is when roadways are less cluttered with motorists. Crowded roadways increase your risks for serious car accidents in Massachusetts.

Our Massachusetts car accident lawyers understand that the holidays serve as a dangerous time to be on our roadways. We’ve been discussing these dangers on our blog for the last few weeks. Drivers are urged to take this information to heart and travel safely this season. Risks for car accidents are extremely high and we would like to remind drivers that a little preparation and little responsibility can help to lower these risks for everyone.

You can also drop by the department’s website to visit the state’s online traffic camera. MassDOT’s traffic cameras are refreshed every 10 seconds to provide you with a fresh view from 90 cameras along roadways throughout the state’s highway system.

Travelers are also urged to take advantage of Massachusetts’ 511 traffic alert system. This program alerts customers about up-to-date traffic conditions throughout the holiday weekends. All residents have to do is dial 511 from their cellular telephone to get traffic and travel information on Massachusetts roads.

Just like any other major travel holiday period, there will be free coffee for motorists at 18 of MassDOT’s service plazas. The coffee is courtesy of Gulf, Burger King and McDonalds, and is available beginning at 10 p.m. today through 5 a.m. on December 26th.

Lastly, all travelers should check out the MBTA Christmas holiday service schedule to make sure the services can meet your needs before setting out. It’s sure to be a busy holiday travel season. Plan accordingly and be safe! Happy Holidays!
END_OF_DOCUMENT_TOKEN_TO_BE_REPLACED