According to a recent news article from the Boston Globe, a man involved in a deadly car crash in Salem, Massachusetts allegedly lied to authorities when he told them he was behind the wheel at the time of the fatal wreck. Authorities believe it was actually the 25-year-old man’s girlfriend who was driving when the crash occurred, and he lied to protect her. 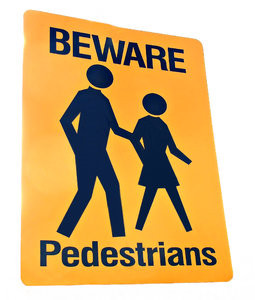 The accident occurred on a Sunday evening and involved a BMW hitting a homeless man. The homeless victim, who was 42-years-old, died as a result of the injuries he sustained during the accident. Following the crash, authorities say the female driver fled the scene on foot, while her boyfriend remained with the car until Salem police arrived.

When the police arrived on the scene around 10:30 p.m., the man claiming to be the driver allegedly told them he did not see the homeless man prior to the deadly collision. However, when questioned by police, he was reportedly unable to tell them what direction he was coming from and could not accurately describe the collision. Police noted the man was calm and did not appear to be under the influence of drugs or alcohol at the time of the crash.

At this point, police let the man go, as this was not deemed to be a criminal offense, and they continued with their investigation. During the course of their initial investigation, they found a cellphone on the ground shortly after the man left the scene. They put the phone on the trunk of the BMW, which was still on the scene of the accident, when it allegedly vibrated, indicating a message was received. The message was from the man who said he was driving the car and allegedly said “you [expletive] up.”

In addition the questions about the man’s answers when discussing the events surrounding the fatal traffic accident and the text message, witnesses also said they saw a woman get out of the driver’s side of the vehicle and hand the man a phone. They said this woman then left the scene on foot.

The following day, police obtained a warrant for the arrest of this man and charged him with accessory after the fact to leaving the scene of an accident. Despite this charge, the man has issued a statement, through his attorney, in which he continues to assert that he was the driver of the car at the time of the fatal crash, and he was always “forthright with police.”

As our Boston auto accident attorneys have seen, it is not unheard of for someone to pretend they were the driver of a vehicle at the time of serious or deadly car accident. There are a variety of reasons one would do this, including hiding the fact that the actual driver was drunk driving.