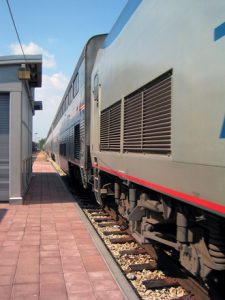 This major accident occurred around noon as the train was carrying passengers along the heavily used, but aging, Northeast Corridor tracks used for the Northeast Regional service, the Acela Express, and the various freight trains. Fortunately, there were no reported injuries in this truck and train accident, including the passengers on the train and he driver of the tanker truck.One thing to keep in mind if you are ever in a car accident is that you should never turn down medical attention if offered by police or paramedics.  In many cases, people are in a state of shock following a serious car accident.  While we are not necessarily talking about shock in a medical sense, it is definitely a shocking experience.

This can lead to an increase in adrenaline, which often does two things.  It will keep people from realizing exactly how injured they may be, and it will add to the overall confusion of the situation.  Many people will not realize that they are suffering from an injury, ranging from bruises to fractures.  People will also realize they may be in pain, but do not think the pain warrants medical attention.

While this may be true in some cases, it is not always the best idea to turn down medical attention or a ride to the hospital.  In some cases, it will not be evident until the next day or say exactly how bad the damage is.  When we are talking about a fracture following a Boston car accident, the fact that victim does not get immediate attention may mean that it will start to heal improperly.  This can result in the need for it to be re-broken, which is a very painful process.  It can also lead to the need for surgery that might not have been needed.

In addition to the medical issues, as our Boston car accident lawyers can explain, insurance companies defending a car accident lawsuit might argue that a delay in treatment means that the injury was not as serious as the plaintiff is claiming.  In some cases, they will even try to argue that the gap in going to the doctor means that the victim was not actually injured in the car accident, but suffered those injuries in some other manner.  While this is not always a successful defense, it can complicate that matter, and if you can avoid that, it is best to do so by seeking immediate treatment.

However, it should be noted that, even if you did not receive immediate treatment, it does not mean you do not have a case.  The reason for this is because when there is no is question as to liability, an experienced car accident lawyer can fight on your behalf for a full and appropriate financial recovery.