Accidents involving hit-and-run drivers often present additional complications that are not seen in a typical car accident lawsuit.  One of the reasons for this is that the driver may or may not be found. In some cases, the driver gets away and is never seen again.  This does not mean you can’t file a case, but you will need to speak with your car accident lawyer about what is known as uninsured motorist (UM) car accident claim. 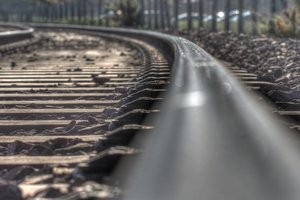 In some cases, the hit-and-run driver is later found by the police and arrested, which will allow you to file a traditional car accident lawsuit. In one case, a commuter train hit the alleged hit-and-run driver as he was fleeing from the scene of the car accident, according to a recent news article from the Boston Globe.Authorities have said the driver of the car was in an accident.  Instead of stopping to call the police and exchange insurance information, he allegedly chose to keep driving and flee the scene.  While he was attempting to get away from what had become an alleged hit-and-run car accident in Revere, Massachusetts, just outside of Boston, the driver came to a railroad crossing.  When he arrived at the railroad crossing, the red and white gates were down, and the red lights were flashing, indicating that a train was coming.

Witnesses have said that instead of waiting for the train to pass and the gates to open, he tried to drive around the closed gate and cross the tracks while the train was still coming.  When he got on the tracks, the commuter train hit his car and actually cut it completely in half.  This was caught on a security camera in place at the railroad crossing.  The recording shows his car being cut in half with the front of the car on one side of the train and the rear half of the car on the other. Somehow, both the alleged hit-and-run driver and the passenger were not killed, as the car was cut in half, and they both got out and started running on foot.

Fortunately, nobody on the train was injured, but the commuter rail service was greatly impacted, as they had to keep the train in place until their investigation could be completed. It is not known if there was damage to the train, though it was taken out of service so that a full safety inspection could be performed.

If you are a passenger and are injured in a serious car accident, it is very unlikely the accident will be in any way your fault. This means that you do not have any liability in connection with the accident, but must decide who is liable and against whom to file a car accident lawsuit.  This is something with which your experienced Revere car accident lawyer can assist you.