Most car crashes in Boston involve two or more vehicles, typically owned by private citizens, though sometimes by corporations. In some cases, vehicles involved may be owned by a local, state, or federal agency. If the driver deemed to be at-fault in the accident was driving a government vehicle, this may complicate the matter of compensation due to the doctrine of sovereign immunity. 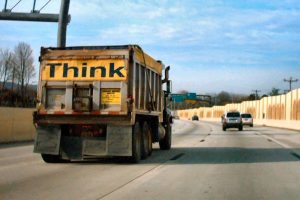 The doctrine of sovereign immunity comes from British common law, where essentially held the king was above the law.  This term sovereign have been retained long after kings and queens ruled the land. Today, the term is used to refer to a state or federal government or what are known as political subdivisions of the government in the Massachusetts General Laws.

The reason the concept of sovereign immunity was retained and eventually codified in Chapter 258 of the Massachusetts General Laws (M.G.L.), and other states’ legal codes, is not to provide absolute protection in all cases, but to provide some immunity for civil lawsuits, or to cap the damages that can be awarded in a claim against the state government.  This is based upon a theory that if a government were constantly in fear of being sued by citizens, it could not effectively do the things necessary for the good of the general population. There is actually a lot more politics to it than that, but that is the claimed reason behind it.

There is however, the need for government to establish it was engaged in a sovereign function at the time of the alleged tortious conduct for it to claim immunity under Chapter 258 of the M.G.L. While the government would like plaintiffs to believe that anything it does is a sovereign function, as our Boston car accident lawyers can explain, that is not always the case. If the government is participating in the market for the purpose of generating revenue, this may be considered a proprietary function, and this would not generally allow the state government to successfully claim sovereign immunity.

One example of the government engaging in a proprietary function might be a prison labor program.  If the department of corrections is selling the service of inmate labor to perform manufacturing or construction jobs and a civilian in injured during performance of these services, such as driving to a construction site, there might be a way to dispute the government’s defense of sovereign immunity.

According to a recent news article from CBS Local Boston, two people were killed and two others were injured in a crash involving a truck owned and operating by Everett, Massachusetts Department of Public Works (DPW).  Authorities have said there were three occupants in a white pickup truck that was involved in the crash with the Everett DPW truck.  According to witnesses, there was a very loud crash that caused them to run out to see what happened.  They saw when the DPW truck made contact with the pickup truck, the pickup truck was cut in half lengthwise with the rear wheels being separated at the point of impact.

Bystanders quickly called 911 and when first responders arrived at the scene of what proved to be a fatal Everett car crash, they found the male and female passengers in the pickup truck to be non-responsive. There was nothing they could do to revive the passengers and there were later pronounced dead at the scene of this accident.   The other person involved in this crash was the driver of the pickup truck and the driver of the DPW truck.  As for the DPW truck driver, he had suffered serious, but non-life-threatening injuries and was rushed to a local Boston area hospital for treatment.

The driver of the pickup truck suffered much more severe injuries and was rushed to a local level one trauma center in downtown Boston. Both men were admitted to the hospital following this deadly car crash, which occurred just north of Boston.  The total extent of the injuries of both men were not released as of the time of this article, but a spokesperson for Everett DPW did say the truck driver suffered a broken pelvis in addition to other injuries. The intersection in which the crash occurred was shut down for hours following the deadly crash to conduct and investigation.

As with any fatal car crashes in the Greater Boston area, the Massachusetts State Police (MSP) will be working with the local police department to determine the cause of the fatal wreck.  This does not mean any criminal charges will be filed as it is standard procedure for MSP’s accident investigation and reconstruction to head up the investigation following a fatal accident. This is true even if the accident did not occur on a road or area in which the state police have exclusive jurisdiction. There have been no formal accusations of criminal conduct or negligence in connection with this accident was of the time of this article and the cause of the crash has not been disclosed.

As discussed above, in an accident in which it is determined that a government agency is potentially at-fault, the government, through its representative, may try to limit damages or even dismiss a lawsuit based upon sovereign immunity. This does not mean they will be successful, but if the plaintiff is to prevail, there are a lot of complex issues that must be addressed by plaintiff’s lawyer including a notice requirement.  These cases often involve issues that are not present in Boston car accident lawsuits only involving personal vehicles, so the best thing a potential plaintiff can do is to speak with an experienced attorney who has sued the Commonwealth in the past or sued one of its political subdivisions. These are all things a plaintiff can discuss with his or her Boston car accident lawyer during the free initial consultation. There are also some cases that will involve defendants that are known as quasi-governmental agencies. This cases often involve a plaintiff suing a public transportation entity that may operate in several bordering states.