When a truck collides with a pedestrian in Boston, the injuries are often very severe if not fatal. It is possible that some pedestrian accidents involve a semi-tractor trailer, but the majority of truck accidents in Boston involve local delivery trucks, as they are much more common on the streets in our urban area.  In these cases, there is often a claim for damages filed directly against the truck driver, and also against the driver’s employer under what is known as the doctrine of vicarious liability, or the master-servant doctrine.  Yet another name for this law is the doctrine of respondeat superior, Latin for, “let the master answer.” It means that if a driver was negligent and acting in the course and scope of employment, the employer may be held liable too – even if there is no proof the employer was negligent. 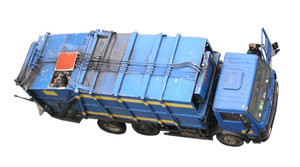 According to a recent news article from the Boston Globe, a female victim was killed while crossing the street in Boston’s South End neighborhood after being hit by a truck.  Authorities have said the accident occurred around 2:20 p.m. at a major downtown intersection.   Police are still conducting an investigation as of the time of this article and have not yet released any information pertaining to the cause of the fatal Boston truck – pedestrian accident in which a woman was killed.  There have been no criminal charges filed as of yet and there have also been no formal accusations of negligence. There are a variety of way in which  a truck and pedestrian accident can occur in Boston.  There is one case where it is generally not the driver’s fault.  This is when a pedestrian steps off the curb to cross at the crosswalk when they do not have the light or if they step off the curb in the middle of the street while attempting to jaywalk.  It is however, possible in these cases, as our Boston truck accident lawyers can explain, cases where a pedestrian does not have right-of-way to cross, but the truck driver is still partially liable.

For example, if plaintiff crosses at a crosswalk, when the light says don’t walk, but the car was speeding and would have been able to come to a complete stop, had he or she not been speeding, this can be an example of comparative negligence.

Pursuant to Chapter 231, Section 85 of the Massachusetts General Laws (M.G.L.), plaintiff can still recover if a jury assesses the total amount of negligence of both plaintiff and defendant, and based upon conduct of the parties and determines defendant was more than 50 percent responsible for the accident.  This may seem like a hard question to answer, but that is exactly the type of responsibility juries are charged with each and every day.  The best thing a plaintiff can do is to make sure to speak with an experienced Boston car accident lawyer than is willing to take cases to trial when necessary.  Taking a case to trial becomes necessary when the at-fault driver’s insurance company will not accept liability or they will accept liability, but challenge on damages meaning they will not make a sufficient settlement offer that provides a full and appropriate financial recovery for the plaintiff.

Unfortunately, many plaintiffs speak with lawyers that handle a very large amount of cases and plead every single one of the cases as that is how they make money – on a volume basis.  Even if they do not get a large amount of settlement proceeds for each individual client, they make money on the sheer volume of settlements.  This may work well for some law firms, but it is the not the best deal for most clients, so this is something about which you should discuss during your free initial consultation.

Pedestrian accidents, whether they involve a truck or not, have reached epidemic proportions in the U.S.  The U.S. Centers for Disease Control and Prevention (CDC) keeps detailed statistics as part of the federal agency’s efforts to promote pedestrian safety and cut down on the number of serious and fatal accidents that occur each year.  In terms of the actual number of pedestrian victims of car accidents, there are nearly 130,000 pedestrian – car accidents each and every year in the U.S. The numbers are calculated based upon the total number of car trips, even though the pedestrians are obviously not in the vehicles.    The statistics have shown pedestrians at greater risk of serious injury than motor vehicle occupants.

This is not to say that there are more pedestrian accidents than accidents that only involve motor vehicles, but pedestrian injuries tend to be much more severe, as pedestrians have no protection from the impact and the comparatively large mass of the motor vehicle. Cars and trucks today have come a long way from years ago in terms of crash safety.  There are foam-injected crumple zones, airbags all around the passenger compartment, including the windshield pillars, and safety belts. All of these safety systems have made it a lot safer to ride in a car or be behind the wheel, but there have been very few safety systems to aid pedestrians, with the exception of proximity sensors that work while the vehicle is in reserve.  Even these features, while they are on many cars, a generally only available on higher-end or luxury cars so they remain out of reach for much of the general driving public.