Most car accidents in Boston occur on public roads and will generally involve only the drivers and their respective insurance companies. 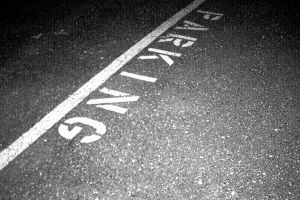 However, in cases where one or more of the drivers involved were on-the-job at the time of the crash, matters of compensation may become slightly more complicated. Those injured may be entitled to workers’ compensation benefits if they were the ones working. In some cases, employers may be vicariously liable for the bodily injury and property damage caused by the negligence of working employees, owing to the legal doctrine of respondeat superior, or “let the master answer.”

A recent appellate court case out of Indiana, the court was considering whether a company should be liable for injury caused when an employee in the company parking lot transporting his personal recycling in his own vehicle struck a private security contractor. A finding that the employee was acting in the course and scope of employment at the time of the incident would render the company liable to pay for the private security guard’s personal injuries resulting from the car accident.

Typically, the issue of whether an employee is acting in the course and scope of employment is one that is raised in the context of workers’ compensation coverage. But here, it will be critical to whether the company will pay for the guard’s injuries.

According to court records in Sony DADC US Inc. v. Thompson, plaintiff was employed by a security firm assigned to provide armed protection on company grounds. Defendant worker was employed in IT for the company.

While the security guard was walking across the parking lot one evening, he was struck by defendant’s vehicle. Defendant had finished his shift and was transporting personal items for recycling.

What made this case a little more complicated was the fact the company actively promoted recycling at its facility by its employees. In fact, the recycling center on site was established so that the company could enjoy ISO (International Standards Organization) compliance. ISO 14001 dealt with compliance of certain environmental standards, and one of those involved recycling.

It was to the company’s advantage to become ISO compliant because in so doing, they could sell and market their products as coming from an ISO compliant company. Certain purchasers were only interested in buying from companies that were ISO compliant. The employee recycling center, set up five years before this accident was occasionally audited to confirm it was still operational and that the company was still compliant.

So although the worker was making a trip to drop off his personal items for recycling, was he in fact furthering the interests of the business and thus acting in the course and scope of employment?

The trial court ruled yes and granted a pretrial motion for a partial summary judgment in favor of the injured security guard, finding the company was liable to pay damages. (The question of how much was reserved for trial.)

However, the Indiana Court of Appeals reversed, finding there was a genuine issue of material fact as to whether the defendant employee was acting in furtherance of the employer’s interests at the time of the accident. Now, it will be a matter for the jury to decide.