END_OF_DOCUMENT_TOKEN_TO_BE_REPLACED

It would be hard to put into words the tragedy the family and friends of a victim will experience following a fatal car crash, so we will focus on the legal implications involved. In a typical Boston car crash caused by an at-fault driver, the plaintiff will have various claims for damages. END_OF_DOCUMENT_TOKEN_TO_BE_REPLACED

However, with so many police vehicles on the roads and streets of Boston, it is not a question of if, but rather when a police officer in an official vehicle will be involved in a motor vehicle crash.   END_OF_DOCUMENT_TOKEN_TO_BE_REPLACED 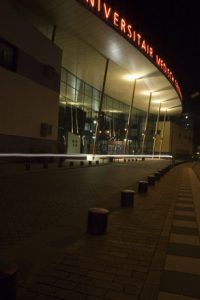 According to a recent news report from CBS Boston, car crashed into the emergency room of a Newton hospital.  There were reportedly two elderly women in the car that crashed through the glass front of the emergency room.  Authorities say there was nobody near the windows at the time of the crash, so nobody inside the hospital emergency room was injured. END_OF_DOCUMENT_TOKEN_TO_BE_REPLACED

According to CBS Local Boston, Falmouth High School hockey players held a memorial in honor of the two players who had been killed in a car accident. This was their first game back on the ice since the tragic event, and emotions where high on the ice and in the crowd. 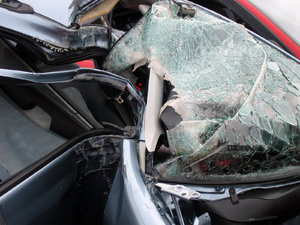 On that day, two hockey players for the Falmouth Clippers had just finished a Friday afternoon skate and were only a mile and half from the ice rink when they were involved in what turned out to a double fatal car accident.  Both of the victims were not only on the team, but were very close friends. END_OF_DOCUMENT_TOKEN_TO_BE_REPLACED

Residents of one small suburban neighborhood were shocked by what they have described as a bizarre car crash, according to a recent report from KOMO News.  The crash occurred when one car crashed into a row of parked cars with enough force to essentially slide under one of the cars, wedging it into a vertical position such that the brake lights were facing the sky, before it toppled back over onto the car that allegedly caused the accident.

The police were called to the scene, and after paramedics checked to make sure nobody was seriously injured as a result of this car accident, officers began conducting an investigation into the cause of this accident.  They did not find any evidence that alcohol or drugs were involved in the accident and believe that the driver of the car that crashed suffered some type of medical emergency at which point he or she lost control of the vehicle. END_OF_DOCUMENT_TOKEN_TO_BE_REPLACED

New England winters can be especially harsh as compared to many other areas of the country. When it comes to driving in the ice and snow, things go from bad to worse in a matter of seconds. 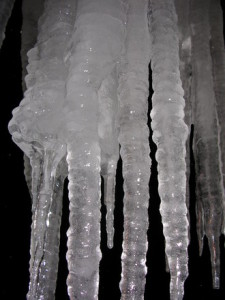 According to a recent news report from WCVB 5 Boston, a pedestrian was killed when she was hit by a car in the middle of what will likely be only of one a series of terrible storms to hit our area this winter. Authorities have said the deadly Boston car accident occurred a few minutes before 6 p.m. in the Mission Hill neighborhood. END_OF_DOCUMENT_TOKEN_TO_BE_REPLACED

One of the most dangerous things that can happen during in a car accident is a person being ejected from the vehicle. This can often result in serious personal injury or death.  According to a recent news article from The Patriot Ledger, one teen was severely injured after being ejected from a car in Quincy, just outside of Boston.

Authorities have said the crash involved two cars and occurred a few minutes before 3 p.m. One vehicle was being driven west when the driver left the appropriate lane of travel and crossed over the center median, facing opposing traffic head-on.  At this point, the sedan crashed into a Jeep.  There were two occupants in the sedan.  One of those in the sedan was a teen, who was ejected from the vehicle.  The teen was severely injured and rushed to Boston Medical Center for treatment.  His condition is unknown, but his injuries are believed to be life-threatening. END_OF_DOCUMENT_TOKEN_TO_BE_REPLACED

According to a recent news article from CBS Local Boston, a pedestrian was crossing the street outside a bar in Brockton, Massachusetts at around 1:30 a.m. when he was struck by a vehicle. Following the crash, the driver reportedly fled the scene.

Witnesses said when the car hit the 25-year-old Brockton man, he was thrown into the air.  He was with a group of friends at the nightclub, and the accident happened as the group was leaving the establishment. END_OF_DOCUMENT_TOKEN_TO_BE_REPLACED

A Boston resident recently died in a car accident involving a semi tractor-trailer in Shrewsbury, according to a the Worcester Telegram.  This fatal crash allegedly involved a passenger car crashing into one tractor-trailer and then another that was parked at a local truck stop on Route 20.

Authorities have said the accident occurred just before 1 a.m. when the driver was heading westbound on Route 20 and crashed into a semi-tractor trailer, towing a vehicle owned by the United Parcel Service (UPS).  After hitting the UPS trailer, decedent’s 2007 Infiniti went into a spin.  The vehicle spun over and across the eastbound lanes and then into the parking lot of the adjacent truck stop, where it crashed into the parked trailer. END_OF_DOCUMENT_TOKEN_TO_BE_REPLACED