Many people may remember a time when cranberries were only eaten on Thanksgiving. Around the late 1980s and into the early 1990s, Ocean Spray and other large producers spent a great deal of money marketing the cranberry as a year-round food. They created recipes for things such as cranberry muffins, which never existed before, but, in time, people began to eat these products all year, and the price of the berries rose dramatically. 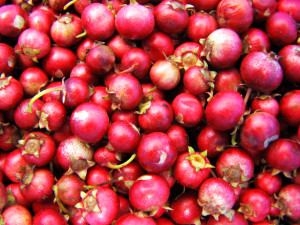 While these companies have tried to grow the berries in other countries with lax ecological and agricultural laws, allowing them to use floating combine harvesters, which kill the plants, many of the berries are still grown in bogs in New England, as they have for many years.

According to a recent news article from NESN, a cranberry truck crashed on the Sagamore Bridge, causing at least one serious personal injury. The serious truck accident occurred in Borne, Massachusetts, and involved a box truck and a pickup truck pulling large trailer full of cranberries.

Authorities have said the accident occurred around 6:30 a.m., when the box truck and the pickup truck were involved in the head on truck crash. Borne Police say the cause of the crash was another vehicle that did not yield as it pulled onto the Sagamore Bridge from Cranberry Highway. When the vehicle allegedly failed to yield, the pickup truck driver had to take evasive action to avoid being hit. Unfortunately, when he swerved to avoid a collision, the pickup and trailer full of cranberries jackknifed into the box truck. The box truck was traveling in the opposite direction.

First responders were called to the scene of what turned out be a rather serious truck accident and found that the driver of the box truck was seriously injured. He was treated on the scene and transported to a local level-one trauma center where he is listed as being in serious condition. It has not been reported if the man’s condition is life threatening. What is known is that he is a 42-year-old man from Beverly, Massachusetts. The driver of the cranberry truck was also examined at the scene, but EMTs determined he did not need any additional medical treatment.

When the head-on crash occurred, cranberries spilled everywhere and covered the entire road surface. It took crews hours to clear the roadway of all the cranberries. Police are still looking for the driver of the car they believe to have caused this entire accident by failing to yield.

Any case involving a hit-and-run, where the fleeing driver manages to get away from the scene of the accident, will often involve an intentional tort claim along side a negligence action. However, since the facts of every case are different, you should speak with an experienced Boston car accident lawyer as soon as possible. Calling as soon as possible will allow your attorney to send out his or her investigator to speak with witnesses, take photos and get started with the investigation before any evidence is lost or missing, which, believe it or not, happens all the time around here.