Every few months, we see at least one news article featuring a car crash that involved a vehicle driving into a home or commercial building.  In many cases, the occupants of house feel a jolt and hear the crash, but are fortunately not injured in the crash. However, in other cases, people in the home or business are seriously injured as a result of the negligence of the at-fault driver. 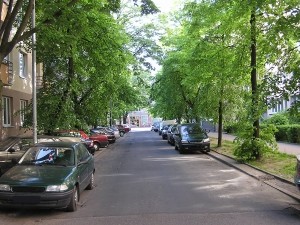 According to a recent news article from ABC 10, a car was allegedly making a sharp turn at a high rate of speed when the driver lost control of the vehicle.  Witnesses say once the driver lost control of his vehicle in this deadly car accident that occurred around 8 a.m., he crashed into a number of trash cans and then a large electrical transformer box that was on the edge of the street.

After hitting the transformer, the car careened into another residents’ front yard and hit a large decorative rock.  When the car hit this large rock, the vehicle was then launched into the air and landed at the top of a fairly large tree.  The weight of the car caused the tree to collapse and crash through a bedroom window where a young child lived, but, fortunately, she was not injured in the car crash.  Authorities, however, believe that if it had not been for the tree, the car would likely have crashed into the home, and the chances of the girl being seriously injured would have been much more likely.

The homeowner said at first she assumed the tree had just fallen on its own and hit the home, but when she went outside to inspect the damage, see saw that there was a car in the tree.  When first responders arrived at the scene, firefighters were able to stabilize the vehicle, so they could extract the driver, but there was nothing they could do, as he was apparently non-responsive and he was soon pronounced dead. It took an additional three hours to get the car out of the tree, so it could be towed away from the scene of this deadly car accident.

The police say they are not yet sure why the driver lost control, though they reportedly suspect that alcohol may have played a factor in the deadly car accident. However, it is still early in the investigation, and nothing has been conclusively established as of the time of this article.

One thing you may be wondering is whether it is possible to sue a defendant who is killed in a car accident.  As our Boston car accident attorneys have dealt with before, in the event of an accident in which the alleged at-fault driver is deceased, it would be necessary to file a lawsuit against the decedent’s estate should the case not settle.  In many cases, the insurance company will reach a settlement agreement, but if it does not, then it may necessary to actually file a lawsuit against the decedent’s estate.  In the event that the decedent’s family did not open an estate, creditors of the estate may do so as well.