Whenever a car accident occurs in which a vehicle hits a pedestrian, the result is often fatal, and if not fatal, results in serious personal injury that has lifelong damage. There are a variety of ways a pedestrian can be hit by a car, but some accidents do not involve pedestrians in the typical sense of the word.

A recent news article from the CBS Local Boston describes one of these accidents that unfortunately proved fatal for a 10-year-old girl.  In that accident, which occurred on the Massachusetts Turnpike (Mass Pike) outside of Boston, two cars had been traveling together to New York and were trying to stay close to each other, as people often do when they are driving in more than one vehicle. END_OF_DOCUMENT_TOKEN_TO_BE_REPLACED

Prosecutors have said defendant was driving an 18-wheeler when he noticed a fire truck behind him with its emergency equipment activated. Defendant immediately pulled over to the right side of the road, as he was legally required to do. However, when the fire truck passed, and he attempted to pull forward, things went horrible wrong, according to court records. END_OF_DOCUMENT_TOKEN_TO_BE_REPLACED

According to a recent news article from CBS Boston, two women were killed in a fiery car accident in Templeton.  Massachusetts State Police (MSP) are investigation this double-fatal crash, and are still working to determine why it occurred.

Witnesses have said the 2010 Mercedes vehicle was traveling down Route 2 outside of Boston when it abruptly left the road service.  It is not clear why the vehicle left the road, but after leaving Route 2, the car went flying down an embankment and crashed into a support structure for an overpass. END_OF_DOCUMENT_TOKEN_TO_BE_REPLACED

Actor Jonah Hill has been in a variety of different movies, and is well known for his role in the “Wolf of Wall Street,” in which he starred alongside Leonardo DiCaprio.  According to a recent news report from People, Hill was involved in a car crash in downtown Los Angeles.

Witnesses have said the 32-year-old actor was the only one in his black Audi sedan when the accident occurred. He was driving when another motorist who was trying to make a turn allegedly did not yield right of way to Hill and slammed into the passenger side of his car.  END_OF_DOCUMENT_TOKEN_TO_BE_REPLACED

Terran Hasslebach now plays a hybrid linebacker and defensive lineman for the top-ten ranked Colorado football team.  His is the son of Super Bowl-winning Harald Hasselbach.  While he hopes to follow in his father’s footsteps and play in the NFL one day, he almost didn’t make on a high school football field due a very serious car accident. That’s according to a recent story from ABC News. 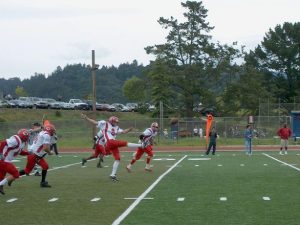 In 2010, he was sitting in his father’s BMW when they were hit by another car that was traveling at 60 miles per hour. The driver of the other car had allegedly run a stoplight and then crashed into them at high rate of speed.  His father said he remembers the exact moment of the crash and that there was no time to swerve or to even slow down.  He said he was thinking about his son and thought they might not survive the horrific crash that was about to happen. END_OF_DOCUMENT_TOKEN_TO_BE_REPLACED

According to a recent news article from News 7 Boston, one pedestrian was killed in a car accident in Waltham, while another pedestrian was seriously injured.  Both men were in the crosswalk when the car hit them just before 7 a.m.

Authorities have said when they first arrived at the scene, they found a heavily damaged vehicle that was involved in the collision. The two adult male pedestrians were lying face down on the road.  One was in the crosswalk still. The other had been thrown clear of the crosswalk and was lying near bus stop.  Decedent, 65, and the surviving pedestrian had both just gotten off a city bus when they were struck.  The man in the crosswalk was pronounced dead at the scene. END_OF_DOCUMENT_TOKEN_TO_BE_REPLACED

According to a recent news feature from Mass Live, a man was killed and two others severely injured as a result of a single-vehicle car accident in Boston’s Sumner Tunnel.  The man who was killed in this tragic accident was 24-years-old at the time of his death. 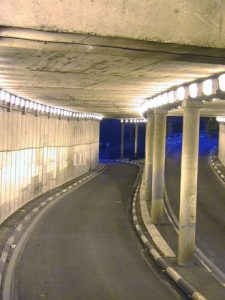 Authorities have said the accident occurred just after three in morning on a Friday when the alleged at-fault driver lost control of his Dodge Ram pickup truck around the Interstate 93 on- ramp.  When the car lost control, it slammed into the sidewall of the tunnel with considerable force.  The Massachusetts State Police (MSP) have released a photograph of the Dodge Ram.  In that photograph, the entire rear end of the pickup truck is destroyed and the front end is heavily damaged, as well.  The doors have been dislodged, as well, and there are parts of the vehicle strewn about the roadway. END_OF_DOCUMENT_TOKEN_TO_BE_REPLACED

In Countryway Ins. Co. v. United Financial Casualty Ins. Co, a car accident case from the Supreme Court of Kentucky, plaintiff was riding in as a passenger in a semi tractor-trailer.  The vehicle was owned and operator by the passenger’s son.  While she was riding in the truck, they were in a serious accident involving a Pontiac Sunbird.

There was no question that the driver of the Sunbird was the sole cause of the accident. As it turned out, the driver of the Sunbird did not have any auto liability insurance.  This does not, however, mean that the car accident victim cannot recover.  It means that he or she must try to recover under that is known as uninsured motorist coverage (UM). END_OF_DOCUMENT_TOKEN_TO_BE_REPLACED

Edens v. Netherlands Insurance, a car accident lawsuit case from the U.S. of Appeals for the Tenth Circuit, involved a fatal crash. Plaintiff was driving a motorcycle when a car approaching from the opposite direction made a sharp turn directly in his path. The motorcycle hit the oncoming car.

This fatal motorcycle accident occurred in May 2013.  The plaintiff was 22-years-old at the time of his tragic death.  When he hit the alleged at-fault driver’s car, he suffered severe injuries.  First responders were called to the scene, but they found him non-responsive and knew there was nothing they could do save him. They called the medical examiner, and he was soon pronounced dead at the scene.  END_OF_DOCUMENT_TOKEN_TO_BE_REPLACED

As you are likely aware by now, Tesla has developed an autopilot system for their luxury electric cars. Elon Musk, the owner of Tesla, and his company had been rushing to get a self-driving car on the road before industry giant Google.  Google has been actively working to develop a self-driving car for years and still has a few years to go, according to the company.

However, the company believes that when it does debut its self-driving car, it will be far more advanced than anything on the market now or then and will be a truly autonomous vehicle that allows you to input a destination, and the car will the do the rest.  This is different from Tesla’s new system that is essentially an advanced version of cruise control.  With the Tesla system, the car will travel one road and is supposed to be able to slow down and speed up and change lanes when necessary, but it is not the same an autonomous vehicle, and the driver is supposed to keep his or her hands on the wheel at all times. END_OF_DOCUMENT_TOKEN_TO_BE_REPLACED