According to the Boston Herald, Miley Cyrus’s boyfriend, Patrick Schwarzenegger (son of Arnold Schwarzenegger and Maria Shriver), was driving in the Los Angeles area when another driver allegedly threw a full bottle of water at him and then fled the scene. 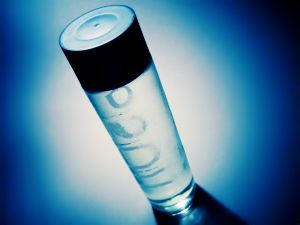 While many serious car accidents may involve negligence or drunk driving, they are not usually intentional, like the alleged crash described in this article. However, with road rage becoming more common in Boston and across the nation, some crashes are the result of intentional behavior.

If you have been involved in a car crash in Massachusetts that was caused by someone driving in a very aggressive manner and intentionally causing your injury, you should contact a car accident lawyer to see if you have a case.

While typical car accident lawsuits involve negligence based claims for pain and suffering, lost wages, medical bills, and other special damages, an intentional tort such as assault and battery (with a vehicle) may entitle you to additional financial compensation such as punitive damages.

In the Commonwealth of Massachusetts, the standard measure of damages is known as compensatory damages. Compensatory damages, as the name implies, compensate a tort victim for the actual loss suffered. This can include money for pain and suffering, money to compensate a victim for time lost at work (lost wages), and medical bills. However, the law is clear plaintiffs are not supposed to profit from a negligence action, but rather be placed in the same position they were in before the accident. In other words, the victim is to be made whole by money damages.

However, in certain cases, when a defendant engages in intentional or reckless conduct beyond mere negligence, plaintiffs may also make a claim for punitive damages. Punitive damages are designed to punish defendant for engaging in such conduct, and also to send a message society will not tolerate this extreme and outrageous behavior. A jury can send such a message by awarding a verdict far beyond actual compensation.

One of the most important things you can do if you were involved in such an accident is to call 911 immediately. Your chances of a successful outcome in a civil case are substantially increased if the police make a report of what happened and assign fault in the accident. It is also important to seek prompt medical attention. This not only allows you to get proper care, but it also creates a record of your injury at the time it occurred.

Keep in mind that every case is different and you should speak a Boston car accident lawyer about the facts of your particular situation.