A mother and her two young daughters were involved in a fatal rollover car accident in Boston on Interstate 90 after the mom lost control of her vehicle recently. The vehicle rolled over three times and landed right side up. The two young girls were thrown from the car and the 6-year-old died in the accident. None of the passengers were wearing seat belts, according to Boston.com. 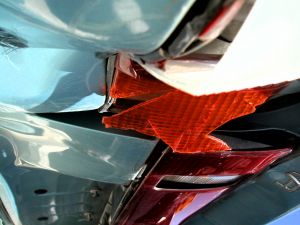 Reports indicate that the driver lost control of the car trying to get out of the way of a vehicle that drove into her lane. Massachusetts authorities are still deciding whether or not to file charges against the mother, The Boston Globe reports. She has a record of serious motor vehicle violations. The mother had her license suspended back in March for driving while under the influence of alcohol. She also neglected to place her children in the appropriate child-safety seats.

A second Massachusetts rollover car accident left a man in critical condition at a local hospital after an accident on Route 114 in North Andover, according to the Eagle Tribune and North Andover Patch. Traveling eastbound on Route 114, the driver lost control of his sport utility vehicle and rolled multiple times. His car came to rest at the corner of Willow Road and Route 114.

The driver was airlifted to Boston Medical Center. The North Andover Police Accident Reconstruction Team is investigating the accident, according to Eagle Tribune.

It doesn’t end there. A third rollover accident happened last week on the 800 block of Turnpike Street. The driver was airlifted to a hospital in Boston after his sport utility vehicle rolled over several times. Police report the car rolled over a span of about 200 feet.

These are just a few of the rollover accidents that have happened in the Boston area in the last month. Airbags may be one of the greatest pieces of safety equipment in a rollover accident.