Sometimes we come across an article in the paper, or, more likely on somebody’s Facebook feed these days, and it’s an article about a serious car accident. While we may read a description of the how the car accident occurred and feel sorry for the victims and their families, most people do not realize just how much of a lasting effect a serious car accident can have on those victims and their families unless they have lived through a similar experience themselves. 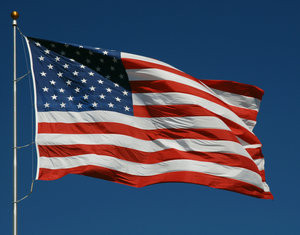 There are a variety of reasons for this, but one of them is that there are very few news articles about what life is like for car accident victims and their families in the months and years following the tragic day when their lives were forever changed. However, one recent article from Boston.com has followed up with the United States Secret Service agent who was seriously injured in New England car accident in the last few days of this past December.

The agent and three fellow agents were part of Hillary Clinton’s security detail and were conducting an advance visit to make sure everything was safe for Clinton, who was scheduled to attend a campaign event later in the week. As they were driving, they found themselves on icy roads as a storm moved in around them. They were driving when another vehicle crossed the centerline and slammed into their SUV. The driver of the other vehicle was killed in the collision, and everyone else in the accident was seriously injured, including the four Secret Service agents in the SUV.

One of the most seriously injured was living in Boston with his fiancée at the time of this tragic car accident.   He is currently going through repeated surgeries and rehabilitation at the Massachusetts General Hospital (MGH) in downtown Boston. While it is unclear if he will ever walk again, he vows that he will and will be able to return to work in his regular capacity with the Secret Service.  In addition to the loss of the use of his legs, he cannot feel anything below his shoulders, but that condition is said to be improving slowly.

One of the questions the media had asked him during his initial recovery is whether or not he was still planning to go ahead with his planned wedding, and if so, when and where would that happen. As it turned out, the couple decided not to postpone their wedding and were just married at MGH.

One of the other passengers in the SUV, a fellow agent, was placed in a medically induced coma following the accident but is now on her way to recovery. Her father said while she was very upset when she learned of his condition, she wished him a happy marriage.   She and her father also wished her a complete recovery from this catastrophic car accident that resulted in serious medical injuries including paralysis.

While this story made the news because of the fact that it involved Secret Service agents, there are many families in Boston and across the country who have to deal with the aftermath of a serious car accident.