It’s kind of amusing to watch an old science fiction movie on Netflix and see the future is being portrayed in a year that has already passed or is only a few years away. For example, the date Marty McFly arrives in the future in Back to the Future is actually October 21, 2015. So it is safe to assume there will not be any flying cars traveling through Boston later this year. It is also safe to assume there won’t be flying cars for many years to come, if ever. 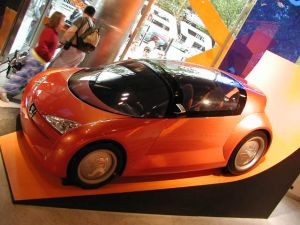 However, self-driving cars are something car companies and technology firms like Google are actually working on, and some have predicted most people will own a self-driving car by 2030. According to a recent news article from the Wall Street Journal, when self-driving cars become a reality, it could reduce car accidents by as much as 90 percent. This could also mean a savings of up to $190 billion in healthcare costs and property damage and a save thousands from car-accident fatalities each year. The article was based upon a study by a major consulting firm that predicts mass adoption of self-driving cars in around 15 years from now.

Firms leading the move to fully or semi-autonomous cars included Daimler, Google, and the ride-sharing company, Uber. While a fully autonomous car is still years away, current automobiles are more commonly featuring lane guidance, blind spot detection, and backup cameras that are said to be the backbone of this new technology.

While it is already possible to have driver-less cars operating on special roadways, such as those used at amusement parks like Disney’s Epcot Center, it has become apparent that if there is really going to be a shift towards fully autonomous vehicles, they will need to able to run on the millions of miles of roadway already in place in the United States, including roads that are various states of disrepair.

One of the reasons Uber is involved is because the companies, along with other industry experts, believe there will be a shift in the market from car ownership, to pay for use service. This would also mean that each vehicle would have a higher production cost that would be beyond what a typical consumer can or would pay to own or lease his or her own automobile.

It is also believed that, at least initially, cars will be able to perform many or even all of the functions of a human driver, but a driver will still retain control. This is partly due to people’s fear of putting a machine in control of the car entirely. However, we can see through the hundreds of thousands of car accidents each year that human driving is not exactly a safe activity.

Our Boston car accident attorneys know that something must be done to make cars safer, and this might be the answer; but, in the meantime, we urge you to be careful when getting behind the wheel, as this technology is a still a long way from being an everyday reality.