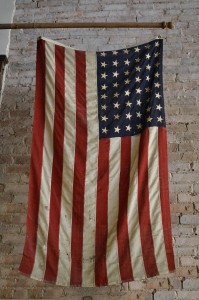 Meanwhile, plaintiff was driving his vehicle and had a passenger with him. Each occupant of plaintiff’s car is suing Ryan for $50,000 under the doctrine of respondeat superior. As our Boston car accident lawyers can explain, respondeat superior is a principle of law that allows plaintiffs to sue not only tortfeasors, but also tortfeasor’s employer, so long as tortfeasor was acting within the scope of his or employer.

Based upon Ryan being a member of United States Congress, the U.S. Department of Justice is representing him in the civil car accident lawsuit. Justice lawyers filed a motion to dismiss, arguing Ryan, as a member of the federal government, is immune from a civil lawsuit absent a waiver of sovereign immunity.

Plaintiffs filed this car accident lawsuit in the District of Columbia Superior Court, which essentially acts as the state trial court for the non-federal areas of Washington, DC.

As our Boston car accident lawyers know, the doctrine of respondeat superior allows a plaintiff to sue at-fault driver’s employer. There are variety of reasons one would want to sue the employer of a tortfeasor, but it is generally because an employer or corporation is probably in a better position to pay a claim of damages than an employee.

For example, many people have liability insurance on their automobiles at the state legal minimum level. This is what the many posters on the T mean when they offer cheap insurance at state limits. If a state requires you to have $40,000 in personal injury per person, then that is what these state minimum insurance companies are selling.

An employer or corporate employer, on the other hand, likely has far more than the state required minimum in terms of liability insurance. In addition to car insurance, many employers also have an umbrella policy, known as commercial general liability insurance, which is designed to cover acts of negligence by employees in regard to third party injuries.