In case you missed the countless Facebook posts and memes, last year was the year Doc Brown took Marty McFly to the future in the DeLorean. Must to the disappointment of many who saw Back to the Future, we still do not have any flying cars. There have been some claims of flying cars, but since you need a private pilot’s license and an airport, they are more akin to a drivable airplane than a flying car. 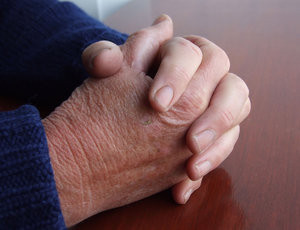 While flying cars may never happen, self-driving cars are being developed that, at some point in the not too distant future, will be driving down the roads of every neighborhood in America. One the on hand, self-driving cars can prevent accidents, since many accidents are fault of negligent drivers. However, as we have already seen with some of the self-driving cars Google is testing, when there is an accident, it is often hard to determine who is at fault.

Somewhat ironically, while self-driving cars are designed to operate according to safe driving methods, human drivers do not always drive in such a safe manner. As a result, the self-driving car doesn’t always know what to do when it encounters what is sees as a more erratic human driver, and can actually cause an accident based upon programming issues. As a result, companies are now experimenting with whether making the cars a little less safe in terms of defensive driving might actually make them safer on the road, as odd as that sounds.

While it might be easy to assume senior citizens don’t like radical new technology, that is not the case. The study participants love many of the new safety features on cars, such as backup cameras, lane departure warnings, blind spot warnings, parallel parking assistance devices, any many other features available on new cars. So the question remains that if they like new technology on their cars, why are they so against self-driving cars?

One of the main reasons seniors do not want self-driving cars is because they feel they will become too dependent on them. This is in stark contrast to the reason Google and other technology firms say the cars will benefit older Americans and the rest of society. These Baby Boomers will be able to keep driving and keep their independence even when they can no longer safely drive a vehicle. Researchers have learned that while many families believe they are keeping their loved ones safe by taking away the keys, many seniors rapidly suffer health declines when they lose the ability to drive. However, as our Boston car accident attorneys have observed in a numerous cases, some older drivers may not have the ability to drive in a manner that minimizes the risk of a serious crash.