In Serra v. Estate of Broughton, a case from the Supreme Court of Oklahoma, plaintiff was from Spain and was in the United States as a foreign exchange student. She was riding in her friend’s car when they were involved in a serious car accident. The other vehicle in the accident was a motorcycle being operated by a man who was killed in the accident. 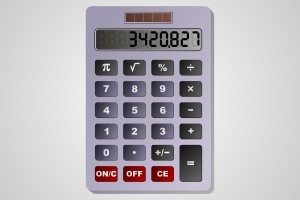 Following the accident, she filed a claim for uninsured or underinsured motorist coverage. This is also known as UM/UIM coverage. Under the law, owner of a vehicle is required to have liability insurance. This is car insurance designed to pay for for personal injury and property damage to others. This will not for pay damage to your own car. This type of insurance is known as collision coverage. It is not required by law, but if you owe money on your car, the bank will probably require to you have collision as well to cover the cost of their collateral.

Unfortunately, not everyone follows the law and gets liability coverage. This is known as an uninsured motorist. If someone has insurance, and that level of coverage is enough to satisfy the legal requirement but not enough to cover the full extent of the damage caused in a serious car accident, that driver is referred to as an underinsured motorist.

For example, many people can only afford, or only choose, to purchase the minimum amount of coverage as required by law. There are companies that specialize in selling the legal minimum, and you have probably seen their ads while the riding the T. In the Commonwealth of Massachusetts, the legal minimum is $20,000 per personal injury per accident, $40,000 total coverage per accident, and $5,000 in personal property damage to others.

This means that if there is a serious car accident in Boston and there are two victims, both of whom are seriously injured, the most the insurance company will pay is $40,000 total with both victims having to receive compensation from that amount. Since this is not necessarily going to be enough to fully compensate both victims for their total damages, the victims can turn to the UM/UIM policy on their own vehicle, even if that vehicle was not involved in the accident.

In other words, if you are involved in an accident with an uninsured motorist, but you were walking or riding in your friend’s car, the insurance policy on your own car parked at home may be used in many cases to compensate you for your injury. Even if you do not know you have UM/UIM coverage, and probably have never heard of it before, in the Commonwealth of Massachusetts, if you own a car and have any insurance, you have UM/UIM coverage, unless you went out of your way to turn it down.

In Serra, plaintiff tried to the use the UM/UIM coverage from her host family’s car insurance policy to cover her damages. The insurance company tried to deny UIM coverage on grounds she was not a regular driver listed on the policy. The trial court granted the motion for summary judgment dismissing the case. She appealed, and the intermediary court of appeals found that summary judgment was appropriate. She then appealed to the state supreme court, and that court determined she was covered and reversed the trial court.