According to a recent news article from the Boston Herald, a 16-year-old boy form Canton, Massachusetts was killed after being run over by his own car just outside his home. Authorities say victim was sitting in his Jeep, when he put it in reverse to back out of his driveway, and he fell out of the vehicle. He hit the ground and was run over by the Jeep. 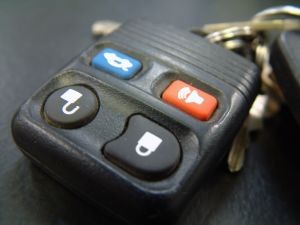 Family members called 911 as soon as they learned what happened, but there was nothing first responders could do, and the young victim was soon pronounced dead as result of this fatal single vehicle accident.

Our Boston car accident lawyers would like to take this opportunity to express our sincere regards to the family and friends of the victim of this tragic accident. We would also urge everyone to wear their seatbelts at all times when in a vehicle, especially in a vehicle such as Jeep, which may not have doors to prevent someone from falling out while driving.

Family members are not only in shock over the loss, but also about how it happened. This was far from a typical Massachusetts car accident, even a fatal one, and seems like it should not have happened. This truth is that many car accidents do not have to happen, and many of the worst accidents involve teen drivers. While we are technically out of the 100 deadliest days for teen drivers (the period between Memorial Day and Labor Day each year), many of the issues seen during that especially dangerous time do not go away simply because the calendar has turned.

There are a lot of reasons teens are more prone to being in serious car accidents than adult drivers. While lack of driving experience is certainly a contributing factor, there is clearly more involved. As we have seen time and time again, teens are not yet fully aware of the consequences and implications of their actions. Teens are known to act in ways that place their health and safety at greater risk than an average adult. Essentially, teens are less inhibited, because they do not yet understand the frailties of life and how things can go wrong in an instant.

One of the best things parents can do to help their kids avoid being in a car accident is to talk with their children about the risks of driving dangerously or carelessly and having this conversation as many times as it takes to get the point across.

With respect to this fatal car accident, it was not only the family that was shocked and traumatized over the victim’s untimely death. He was very well known and well liked in the community, as was reflected in the various memorials following this death. His school is known as a particularly tight knit community, according to officials there, and it has been difficult in the short time that has passed since this tragedy. His friends and family have placed memorials on the fence outside his home, where the accident occurred, and the school community decided to wear royal blue Tuesday to show support.