Recently in a four-day span there were three major car accidents in Boston on the Massachusetts Turnpike. They all happened within a 5-mile stretch. Two people were killed in these accidents and a handful of motorists were flown to local hospitals, according to the Framingham Patch. 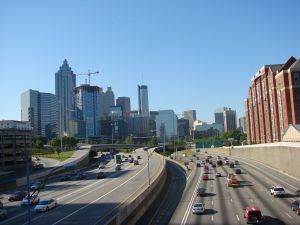 You can expect traffic in the greater Boston to be congested and dangerous as we typically see an increase in the number of motorists on our roadways during the summer months. It is important to focus on safe driving habits while traveling on any of our freeways or interstate roads. Our Boston car accident attorneys understand that car accidents on these roadways can result in serious, if not fatal, injuries. Motorists are asked to be alert and focus behind the wheel and to abide by all road rules and signs to ensure the safety of all road travelers.

Another one of these accidents caused Massachusetts State Police to shut down the right eastbound lanes, near mile marker 113 on the turnpike. This accident involved a pedestrian and a tractor trailer. Troopers from the Weston Barracks responded to reports of a female pedestrian being hit by a tractor trailer on the Massachusetts Turnpike eastbound in Framingham on recent evening.

The pedestrian was a 45-year-old female from Framingham. After the accident, she was airlifted to Beth Israel Hospital in Boston.

According to a State Police press release, the woman suffered serious injuries. She was last reported to have been talking and alert. It is still unknown why the woman was walking on the highway. State Police are still investigating the accident.

A first-grader was killed in a rollover accident that recently occurred when a car, transporting a mother and her two children, went off an embankment and rolled over. None of the occupants were wearing seat belts. All of them were taken to Massachusetts General Hospital in Boston.

Lastly, a motorcyclist was killed in an accident on the Turnpike after colliding with another motorcycle in Natick, at mile marker 113.

To increase the safety of everyone on our Interstates, follow these Interstate driving Tips:

-When jumping on the interstate, make sure you are following the posted speed limit. It is important that you make sure to enter the Interstate at the same rate of speed that other drivers are traveling.

-When you change lanes, make sure that you use your turn signal to alert drivers of your intended maneuvers.

-Abide by the speed limit once you’re on the roadway. Under no circumstances should you exceed this limit. It is also important that you don’t dip under the speed limit. Stay with the flow of traffic and within road regulations.

-When passing another vehicle, make sure there is no one in the lane you’ll be entering. Make sure that you do not have to break any of the road rules to do so. Be sure to use your blinker and make sure you’ve cleared the vehicle you’re passing before entering back into your original lane.

-Never use a cell phone while driving on our interstates. Engaging in driving distractions will slow your reaction time and in such fast moving traffic, you need every second.

-When you’re being passed, don’t speed up or slow down.

-When you see a car pulled over on the side of the road, be courteous if you can and slide other to the lane furthest from them. Be sure to check for other vehicles before changing lanes.

-When you’re leaving the interstate, get in the appropriate lane as soon as possible. Don’t make any last minute moves to avoid missing your exit. Be sure to use your turn signals.

-Never walk along an interstate. Pedestrians are at high risks for injuries when walking near these speedy lanes of travel. It should be avoided.

-Never follow another vehicle too closely. Allow plenty of space between your car and the vehicle in front of you. You’ve got the entire interstate, use it!