For the past few weeks, the Boston Globe has been following the trial of a defendant charged in connection with a serious car accident that occurred on the Arborway in the city’s Jamaica Plain neighborhood. To summarize the evidence presented at trial by the Office of the District Attorney for Suffolk County (Boston prosecutor), defendant was driving 60 miles per hour on a road with a speed limit of 30 miles per hour. 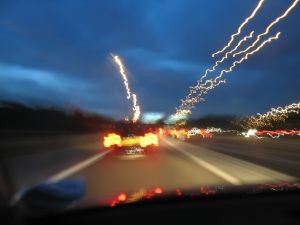 The evidence showed he was traveling at what was called a reckless speed while going around a significant curve in the road, and he lost control of his vehicle. At this point, he drove into a median, which caused the car to roll over, and, while tumbling, it crashed into victim’s pickup truck.

As a result of this very serious Boston car accident, two of the victims were left permanently paralyzed. At first, defendant pleaded guilty to the criminal charges in connection with this car accident, but he later withdrew his plea after the victims made what is known as victim impact statements telling how this tragedy affected them all. He found out that it was likely he would get at least one year in jail, so he withdrew the plea and elected to go trial, which can occur in the Commonwealth of Massachusetts in some cases.

He was recently found guilty following trial in the Boston Municipal Court and was just sentenced for the offenses for which he was convicted. At a second sentencing hearing, defendant apologized for his actions and said he was truly sorry and never wanted anyone to suffer the consequences caused by this horrific Boston car accident.

One of the victims was present and sitting in his wheelchair watching a video of himself playing with his son prior to becoming paralyzed, and he broke down in tears. His wife had to escort him out of the courtroom at that point.

After hearing allocutions from all parties at the sentencing hearing, the judge sentenced defendant to one year in jail and then five years of probation once he is released. He is also required to perform 2,000 hours of community service once he is released, where he will assist patients who have suffered traumatic brain injury or spinal cord injury. He will also be required to take a safe driving course and will not have a driver’s license until his incarceration and five years of probation is complete. In other words, he will not be able to legally drive a vehicle for six years. The lawyers representing both families said they are considering the possibility of filing a Boston car accident lawsuit for the injuries to their respective clients.

It should be noted that defendant argued that there should be no jail time, and one of the main reasons is because, as his lawyer stated, there was no posted limit on the section of road where the accident occurred. While breaking a speed limit might not be enough to establish negligence per se, it would not mean that negligence could not be established.