We often the use the term “accident” to imply that an event just happened, as if nobody is at-fault. This isn’t necessarily a fair and accurate label for an event that transpired.   While it is true that most of what we called accidents are not on purpose, many of them could have been avoided by exercising a little more care. 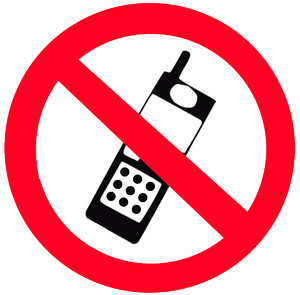 When something happens because a person did not act carefully enough, then what we really have is a negligent act. A negligent act is not only preventable, but also actionable in a court of law.

According to a recent new article from City Lab, the media is using the term accident when cars collide when, instead, it should be using the term crash. The difference is that most crashes are someone’s fault and would have been prevented with proper care.

Another issue is that news agencies will go so far out of their way to make it sound as if an accident was not someone’s fault, and the headlines start sounding ridiculous, conjuring images of self-driving cars. For example, one recent headline read, “Woman dies from injury after car jumps curb.” This headline makes it sound as if a car was possessed or driven by an on-board computer that decided on its own to jump a curb and harm someone. In reality, there was someone behind the wheel of the car, and that person was likely operating a motor vehicle in a negligent manner and that negligent operation resulted in a woman’s death.

While some might argue this is just semantics, the real issue is that it diminishes the responsibility involved in many car crashes and takes focus away from the fact that many of these crashes are preventable. As our Boston car crash lawyers can explain, the fact that a person operated a motor vehicle in a careless manner is the very basis for filing a personal injury lawsuit following a crash.

As part of an effort to get media outlets across the country to change their writing style to describe these incidents as car crashes instead of car accidents, Safe Streets chose to use the example of a plane crash to highlight the problem. When a plane crashes, it is always referred to a plane “crash” and never a plane “accident.” The reason for this is because we know the plane didn’t just fall out of the sky because the laws of physics ceased to exist.   We assume there was either a mechanical failure or pilot error in most cases, and we want to find out the cause of the crash, so it will not happen again in the future. If we called it an accident, it would sound as if it just happened, and there is no need to conduct a complete investigation.

The point of this desire to change to the term car crash is that it will bring personal responsibility back to the table, and that could lead to positive change. If people start thinking of car crashes as preventable, they might act differently when behind the wheel.