It is the responsibility of every motorist to drive in a safe and responsible manner to prevent a foreseeable injury to persons and property.  Failure to do so is considered a form of  negligence. This act of negligence could be the basis for a Boston car accident lawsuit. 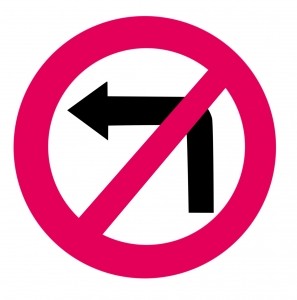 While there is a lot of personal responsibility in preventing serious and fatal car accidents, there is also a lot the city can do to prevent car accidents.  This involves making the streets as safe as possible for everyone driving, walking, and riding a bike on the streets of Boston and the surrounding areas.  The city can also make sure signage is helpful and appropriate and drivers are properly educated.

Government agencies that fail to correct poor road design, maintenance or dangerous conditions may also be held liable if it contributes to a crash. These cases, however, can be more complicated than a typical negligence lawsuit because one must first overcome hurdles like sovereign immunity, which is waived under the circumstances outlined in M.G.L. Chapter 258, Section 2.

According to a recent news article from the Boston Globe, five communities in our area have been targeted for what has been dubbed the “Slow Streets” program.  Essentially, experts have found that many accidents in urban areas are due to people driving too fast and not having enough time to stop and maneuver to prevent an accident in the congested environment. According to the U.S. Department of Transportation (DOT) Traffic Safety Facts, speeding is a major contributing factor a significant number of traffic crashes in the U.S. including cities such as Boston.

As noted in the Globe, five neighborhoods in Boston will be the focus of the annual Slow Streets initiative.  The goal of this program has been discussed in terms of improving the quality of life on the streets of Boston.  This is an interesting way to phrase such a goal, but when you think about it, being able to drive, bike, or walk around, without the constant fear of being in a serious or perhaps fatal car accident certainly does make things more pleasant.  Not only that, it can seriously decrease the number of severe and fatal traffic accidents and that will certainly make things a lot better for everyone.

These neighborhoods included in this year’s program are Highland Park, Grove Hall (Quincy Corridor), Highland Park, Canterbury and Mount Hope, and the area now known as the West of Washington Coalition.

This program is part of a larger program in the City of Boston known as Vision Zero.  Vision Zero is a very ambitious program that is designed to end all serious traffic accidents in the city of Boston and this specifically includes the number of fatal traffic accidents. In other words, the goal of the program is bring the number of annual traffic accidents that result in serious personal injury or death to zero.  This is clearly a very laudable goal, and while everyone knows the number will never be down to zero, having a considerably reduced number of serious traffic accidents will certainly go a long way to that goal of improving the quality of life in our city. Even this larger Vision Zero initiative is part of an overarching G0 Boston 2030 strategic plan  for the city that involves over $700 million in traffic safety and transportation initiatives.

While all of these programs are designed to improve traffic patterns, reduce the number of traffic accidents and improve congestion, drivers taking personal responsibility would go a long way in reducing the number of serious or fatal traffic crashes.

The first thing to consider is that we tend to use the term accident when talking about what is really a crash.  As our Boston car accident lawyers can explain, if something is truly an accident in the legal sense, then it is not actionable in a civil personal injury lawsuit.  The reason for this is because a civil lawsuit in a personal injury case is designed to deal with tort cases.

This does happen and there are usually assault and battery with a dangerous weapon to wit an automobile criminal charged filed to use the terminology typically used in the Suffolk Superior Court.  While we certainly would represent a plaintiff in a case where they were intentionally rammed with a car, those case are few and far between and the vast majority of our car accident lawsuits involve negligent conduct.

While this may seem simplistic, if people would simply pay attention when they get behind the wheel, not text on their phones or otherwise drive in a negligent manner, this could reduce the number of serious and fatal Boston car accidents much faster than any citywide initiative. The fact that this conduct is preventable as are these accidents is why the law will allow a careless driver who causes an accident that results in personal injury to be found liable and responsible for the plaintiff’s injuries.

With regard to this program, one of the biggest things they plan to do is put visual cues up that prompt drivers to slow down to 20 miles per hour.  When we are talking about speeding, many people do not mean to speed, they are just not paying attention.  However, since we are dealing with negligent torts and not intentional torts, carelessness is enough to have a valid claim.