According to a recent news article in My Fox Boston, a family was involved in a serious rollover car crash. During the crash, the family lost their dog.
The family was bringing their dog home when they were involved in the car accident.

Husband was behind the wheel when they say another car was about to hit them. He yelled out to warn the others in the car, and, before he knew it, family’s SUV was struck and rolled over several times. 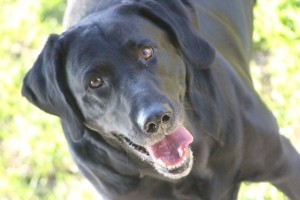 A group of bystanders who had witnessed the accident rushed to the family’s assistance. They were able to pull victims out of the car and call local police. The bystanders were also able to force at-fault driver to stay on the scene of the accident until police arrived.
When authorities arrived on the scene, they immediately suspected at-fault driver who had collided with victim’s car to be operating a motor vehicle under the influence of alcohol, and later placed him under arrested for drunk driving in connection with an automobile accident.

While the family was not seriously injured in the rollover accident, they realized their beloved dog was missing. The family was heartbroken and put a message on Facebook asking people to help find their dog. The dog was considered their son’s dog and best friend.

The family received a call from a local news station informing them someone had located the missing dog. The family issued a statement that they could not express how much joy they felt when they discovered their dog had been found. They thanked everyone who had prayed with them and were now celebrating with them after they were reunited with the dog.

Apparently a group of about six cars spent the night driving around the scene of the car crash looking for the dog. When one of the searchers saw the dog run into the woods, they located another searcher who was able to rescue the dog and call the news station.

As our Boston car accident attorneys know all too well, a drunk driver can cause serious pain and suffering to a family. While this family lost a vehicle and temporarily lost their son’s dog, many drunk driving accident victims suffer a much worse fate. Each year, thousands of innocent people are injured and killed in crashes caused by drunk drivers.

In the Commonwealth of Massachusetts, in a car accident case, it is necessary to prove negligence by establishing defendant owed a duty of care to prevent foreseeable injuries to foreseeable persons and property. In some cases, it is necessary to prove defendant owed such a duty of care through a contractual obligation or state law statutorily established a duty. In the case of drunk driving accidents, drivers are given this general duty of care by operation of state law when the Registry of Motor Vehicles (RMV) issues a driver’s license.
Driving while under the influence of intoxicating liquor or drugs can be used to prove a breach of one’s general duty of care.