According to a recent news story from Fox, a driver allegedly caused a car accident and then fled the scene. When police arrived on the scene, they found a 51-year-old New England woman with serious injuries. 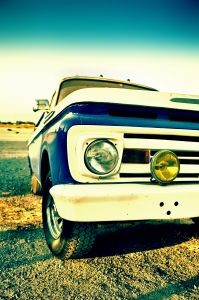 First responders rushed her to a local hospital, where doctors soon pronounced her dead from injuries sustained in the fatal hit-and-run car accident. Police are reporting the alleged at-fault driver was driving a 1997 Ford F-150 pickup truck bearing a temporary registration plate in the back window. Authorities believe he fled the scene on foot wearing a backwards baseball cap but had no other descriptive information about driver.

What makes matters worse is authorities have reports of this same pickup truck being in an earlier hit-and-run accident, which occurred in the parking lot of a Mexican restaurant in the same town.

As our Boston hit-and-run accident lawyers can explain, these types of accidents often require additional negotiations and possibly litigation, compared to accidents in which at-fault driver stays on the scene and provides his or her information to reporting police officers.

First, in the case of a fatal accident, it will be decedent’s (deceased victim) estate’s personal representative (executor) who will be responsible for contacting an attorney and filing a lawsuit in most Massachusetts wrongful death lawsuits. Basically, the person named in decedent’s will as the executor, or a family member appointed by the court in a case where decedent died without a will (intestate) will be given control of decedent’s estate.

Your Boston car accident lawyer can assist with you this process, though you will typically need another attorney to represent the estate for procedural issues dealing with Massachusetts rules for professional responsibility. Once an estate is opened, the personal representative will be able act in the name of decedent’s estate and bring a direct cause of action, including claims of pain and suffering, lost wages, and other special damages. Beneficiaries of decedent’s estate, including the personal representative, may be able to file separate causes of action dealing with survivorship issues, such as loss of consortium.

One reason hit-and-run accidents are more complicated and require assistance from an experienced attorney has to do with investigating who will be named as a defendant. When a driver leaves his or her vehicle at the scene of the accident, it is obviously easier to determine whose car it is, though there may additional issues in proving who was actually driving the car.

However, many criminal defendants will take a guilty plea or be convicted after a trial, and this can be used to help your car accident civil attorney prove negligence in your case.

If you are the victim of a Boston car accident, call Jeffrey Glassman Injury Lawyers for a free and confidential appointment — (617) 777-7777.