According to a recent report from the Boston Globe, a man who was killed in a fatal car accident in 1995 has finally been identified. This man was killed in the car accident around 20 years ago in Virginia, and his body was so badly damaged from the accident that an identification could not be made at that time and he his driver’s license or wallet was never recovered. He did however have two Grateful Dead ticket stubs in his pocket that survived the wreckage, so he was then known as Grateful Doe instead of John Doe like as unidentified victims are normally called. 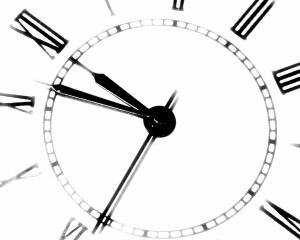 The victim’s mother lost contact with her son after he left home to follow the Grateful Dead. For those that don’t remember, fans of the band would sometimes spend all of their time traveling from city to city with the band. She said that she never filed a missing persons report for several reasons. First, they did not want to believe he was actually missing or dead. His mother also said that she was not even sure where to file the missing persons report, because he was supposedly traveling all over the country, and it didn’t make sense to the family to file the report in Myrtle Beach, where he was living prior to leaving home.

While the police were never enlisted to find victim by the family, finding the identity of the Grateful Doe victim was still on the radar of those who follow websites dedicated to solving real world mysteries such as this one. On one website, the page creators had a computer-generated image designed to show what victim’s face probably looked like prior to his death. It was this image that victim’s family was able to recognize.

After they recognized victim through the computerized image, they contacted the authorities, who were able to take a DNA sample they had preserved and compare it to samples provided from his family members. They were able to make a positive match and finally solve the 20-year-old mystery of what happened to victim when he left home to follow the band.

Other family members said they were glad the mystery is finally solved, and they have some closure. They also said they assumed he was just living on his own somewhere, since he often ran away from home, and disappearing one day was not out of the ordinary for him.

While these days it is generally easier to identify a victim, based upon modern technology, it still hard to grasp just how much damage was done in that car accident 20 years ago. However, what people don’t always think about is that driving a car involves using a piece of moving machinery that weighs thousands of pounds and can easily injure or kill someone. People often overlook this fact and do not use enough care to prevent a serious car accident.   This all goes back to the point that, while we all use the term car “accident,” most car accidents are not really accidents, but are the result of someone’s negligent conduct, and that is the basis upon which most Boston car accident lawsuits are filed.