For the past several years, a man has been driving his custom Lamborghini Batmobile to hospitals around the Washington, DC area while wearing a very authentic looking Batman costume to visit sick children. He said he chose Batman, because Batman has no actual superpowers and is still able to be a successful superhero. He believed this concept was easier for sick children to identify with than a character with superhuman abilities. 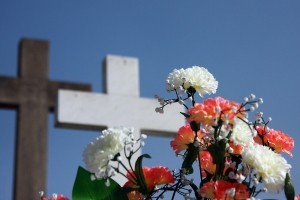 While he had been doing this for years, the general public first became acquainted with him when he was pulled over three years ago for driving the Batmobile on a public roadway without a state issued license plate. Instead, the man had a custom license plate with a Batman logo. His encounter with the officers was caught on dash-cams, and, when someone got hold of the footage, it was placed on the Internet and went viral. Everyone was talking about the Route 29 Batman. He tried to keep his secret identity hidden, but the media eventually published his real name.

He spent several hundred thousand dollars of his own money to acquire and customize the Batmobile and make his Batman costume. Sadly, Maryland’s Batman was killed in a traffic accident while driving the Batmobile, according to a recent news article from the Washington Post. Authorities say victim was driving the Batmobile, but had his Caped Crusader costume in the trunk, when he stopped at an area gas station. While he was filling up his car, he let some kids who were also at the station look at his car and gave them some Batman merchandise.

He then drove away from the station and began to experience engine trouble. He pulled over on a dark stretch of Interstate 70 to see what was wrong with his car. A car full of people he just met at the gas station saw his car on the side of the road and pulled up behind him to offer assistance. They put their emergency lights on, as well. The Batmobile was on the side of the road, but partially in the fast travel lane. A few minutes later, a Toyota Camry came by and hit the Batmobile, causing it to slam into victim, who was killed by the impact. Police are continuing to investigate the cause of this deadly accident; however, they have not issued any citations or filed any criminal charges, as of the time of publication of the article.

Our Boston car accident attorneys join the large community of families he has helped over the years in expressing our sympathies. Car accidents involving loss of life can be a truly horrific experience that no family should ever have to endure. To make things worse, if the alleged at-fault driver’s insurance company believes there is significant likelihood of their insured driver being found liable, they will probably contact the family the same day as the accident or the next day and offer to provide money to help the family in their time of need. This will be an extremely small amount of money that is much less than the case is worth, but they are hoping the family will agree and sign a waiver releasing the company from any and all liability. You should never sign any documents without first speaking with an experienced car accident lawyer.

Route 29 Batman is killed after his Batmobile breaks down in Maryland, August 18, 2015, Washington Post , by Michael S. Rosenwald