Motor vehicle accidents that occur in a tunnel are often far more complicated to deal with than accidents that occur on the open road. This includes the number of cars that may be involved in a chain reaction collision, the difficulty first responders may have in getting through traffic in the tunnel to get to the scene of the accident, as there is no emergency lane in a tunnel, the difficulty in providing care, and, later, clearing the scene of disabled vehicles. 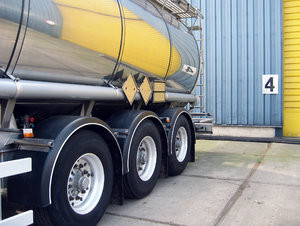 According to a recent news article from the Boston Globe, a crash inside the O’Neill Tunnel wreaked havoc on the morning commute. Authorities say the multi-vehicle accident that occurred on a Wednesday began when a garbage truck lost a large metal door from the rear of the vehicle. After the metal door hit the road surface, a semi tractor-trailer ran over it. When the truck ran over the garbage truck’s door, its oil pan and gas tank were both slashed by the metal door, causing oil and gas to start spraying all over the road surface.

At this point, the truck driver immediately realized he had hit something, and his truck was losing fluids, so he pulled over near one of the exits of the tunnel.   However, the road was already covered in slick oil and gas, which caused seven cars to skid out of control, crashing into each other. One of the cars is believed to have continued sliding out of control down the road until it hit the truck, which was not pulled over. The car became lodged under the bed of the trailer that had dumped the fluid on the road.

When first responders arrived at the scene, they were faced with a difficult task. The first priority was to deal with the car that was stuck under the tractor-trailer. The car was now heavily damaged, covered in flammable gasoline and oil, and the driver was trapped inside the passenger compartment. Firefighters had to cut the man free from his car without igniting any of the fuel, and this was not so easy, as rescue workers often use cutting tools that generate heat and sparks during vehicle extractions.

Once they were able to get victim out of his car, they provided immediate medical attention before transporting him to a local Boston hospital. His injuries were not believed to be life threatening. After helping this victim, firefighters began covering the road surface in absorbing agent designed for use in fuel spills. Emergency crews dealt with any injuries to the drivers of the other six cars and then removed the cars from the scene using a number of tow trucks. The Massachusetts Department of Transportation (MassDOT) also arrived with a large sanding truck to make sure the road was safe for traffic.

As our Boston traffic accident attorneys can explain, an accident caused by a defectively-designed or poorly-maintained vehicle can be the basis for filing a negligence lawsuit. While a door falling off a garbage truck is not something often seen, we regularly see accidents caused by tires, tire rubber, and steel belts falling off trucks and blocking the roadway. It should be noted, there have been no allegations of negligence involving this recent wreck in the tunnel.