In order to become a police officer, you generally have to take a mental fitness exam by way of a writing diagnostic tool, pass a physical fitness test, and pass an academic skills test. At this point, you are assigned a score based upon your overall performance on the application test battery and will be selected or not selected for a future academy class based upon your scores on these tests. 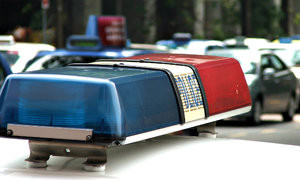 As part of the mental fitness exam, they also generally include a personality survey that asks how you will respond in certain situations. In some cases, they are looking for particular actions and responses, and, in other cases, they are trying to assess whether you are answering the questions truthfully.

According to a recent news article from the Boston Globe, the Methuen Police Department allegedly preferred officer candidates who answered they would not arrest their relatives or fellow police officers for drunk driving. These allegations came from findings of the Massachusetts Civil Service Commission.

One official from the commission said he was “dismayed” when he found out that the city and police department was giving additional points to applicants who said they would not arrest a family member or officer known to them, and they took points away from candidates who said they would make such arrests.

Another official from the city essentially said there is no justification for awarding more points to an applicant who said he or she is willing to apply one set of standards to strangers and another set of standards to people they know. The mayor said he will be reviewing the hiring policies of the police department over the next few weeks but echoed his colleagues’ statements that there can be no excuse to let drunk drivers go because the officer knows them.

On the other hand, at a hearing, a police lieutenant responsible for hiring candidates said they are looking for applicants who answer the questions on the exam truthfully and since they “wouldn’t believe” anyone who said they would arrest friends and family. It was for this reason they preferred those who said they would not make such arrests, because they were at least being honest. They also claimed that being able to differentiate between friends and family and strangers when making arrests shows they are able to use discretion, which is a good trait when making arrests.

This interviewed panel first came to light when one candidate was turned down for “lack of discretion” when he said he would arrest his mother or father if he caught them drunk driving. They also said that answer was insincere, since he was likely trying to tell them what they wanted to hear.

As our Boston car accident attorneys can explain, anyone driving drunk poses a serious risk or personal injury or death to others on the roads and sidewalks across the Commonwealth of Massachusetts, and this is not the place to show discretion. They should be taken off the road to prevent harm to innocent people.