Although many car accidents do not involve any malicious intent by the at-fault driver, and may indeed by “honest mistakes,” that’s still not necessarily the accurate legal conclusion. That’s because each and every time a motorist gets behind the wheel of a vehicle in Massachusetts, he or she owes a duty of care to use reasonable and prudent caution. 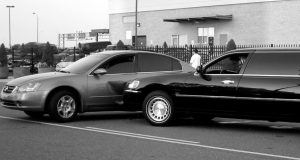 Failure to do so – even in the event it was not intentional – is negligence, and grounds for compensation if injuries resulted.

So for instance, accidentally stepping on the gas when you mean to hit the break could be failure to use reasonable care, even if you didn’t mean to take the action you did.

As our Boston car accident lawyers can explain, being a reasonable and prudent driver means taking whatever steps are reasonably necessary to prevent a foreseeable crash that can result in personal injury or property damage.  This is the first element in the tort of negligence as it applies to Boston car crashes.

While calling a momentary loss of concentration or an honest mistake an act of negligence may seem harsh, we must think of it from the plaintiff’s perspective.

Another example involves a grocery employee, standing out front sweeping the store sidewalk.  She is facing the store, and thus not looking at the line of cars parked in front of the business.  A driver gets in his car and goes to pull  out of the parking space where is backed in, but puts the car in reverse by accident.   At this point, driver steps on the gas harder than he should given the current situation and the cars lurches backwards.  Realizing his first mistake, driver attempts to stomp on the brake pedal but accidentally slams on the gas causing the vehicle to plow into plaintiff causing serious personal injury.

If we were to simply say this was an accident, and it was not the driver’s fault, the pedestrian would be seriously hurt, yet have no recourse against the driver to compensate her for pain and suffering, medical bills, lost wages, and the cost of physical or occupational therapy.

While it is true she might have a valid workers’ compensation claim, that will not include pain and suffering, and many of these accidents do not occur while plaintiffs are at work.  She could have just as easily been a customer walking into a store when such an accident occurred, and there would be no recourse in that case if at-fault driver’s conduct was not considered negligent.  This would create an even harsher result in many cases.

According to a recent news article from CBS Boston, a car crashed through the front entrance and facade of a store in Middleton, Massachusetts when the driver allegedly stepped on the gas pedal instead of the brake pedal. The store was a business that sold and repaired vacuums and other appliances.  There were no customers in the store, but the owner’s daughter was there at the time of this car crash.  Fortunately, she was working in the back storeroom when the crash occurred so she was not injured.

When she came out to see what happened after hearing the jarring crash, she called 911 and then called her father who owns the store.  The owner was extremely thankful his daughter was in the back at the time, because is she is normally up front where the care came in at that time of day.   The driver is a 79-year-old man who was taken to a local hospital following the crash to make sure he was okay.

If an accident is truly and accident, as opposed to being negligent conduct, it means that a driver acted as a reasonable and person and the accident still occurred. While this is certainly possible, these cases are few and far between, because following all of the rules of the road and paying attention is typically enough to prevent a serious or even fatal car crash.

These accidents are called pedal misapplication incidents. The National Highway Traffic Safety Administration (NHTSA) keeps detailed records and has conducted studies on accidents caused by pedal misapplication. The study has found that various factors contribute to a person being more likely to hit the incorrect pedal.  It should come as no shock that the elderly tend to be involved in more of these accidents than younger drivers.  If a person is too old to safely drive a vehicle, they should not be on the road.  This is not to say that there is a certain age cutoff because everyone is different.  There are younger people suffering with dementia, and are there a very  old people who have all of their mental faculties intact.  This is what it must be evaluated on a case by case basis.

The study also found that women are driving in around 66 percent of pedal misapplication crashes. This is not due to any gender-based assessment of concentration, but rather because women tend to be smaller and may not fit appropriately in larger car seats causing them to have to reach for the pedals.  In order to avoid this, to the fullest extent possible, the seat should be adjusted so all drivers fit correctly behind the wheel.