There is no question that smart phones have changed many aspects of our daily lives. The days of waiting to get a land line to check your messages, and having to coordinate everything ahead of time are over. We can now look up anything at the touch of a button and do a variety of other tasks we now take for granted. 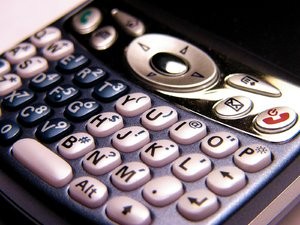 However, the need to read that text and even respond to the text has led to a new series of problems. We see people walking down the sidewalk and even crossing the street with their head pointed down at the phone. As if that wasn’t dangerous enough, we see people reading and even sending texts while driving. This is one of the most dangerous things a driver can do, and it can easily lead to a serious car crash.

Not only is a person taking his or her eyes off the road for an extended period of time when looking at a text message, his or attention is also shifted away from driving, which is considered a divided attention task that requires complete focus. Even hands free devices have been shown to be dangerous, because the act of talking on the phone can lead to enough of a distraction to cause a serious traffic accident.

While smart phones can lead to many serious Boston car accidents, according to a recent news article from MIT News, researchers in Cambridge, Massachusetts believe that new app may actually reduce the number of serious car accidents.

The new app is a safe driving app that is basically able to monitor a driver’s behavior while in the car. Much like the recently popular fitness watches, the app can determine if you are driving based up on your phone’s GPS and can obviously determine if you are using your phone. It basically has a series of safe indicators, as well as dangerous driving indicators. For example, the phone will warn you to “drive now and text later,” and if you read a text message or send one, the phone will log that action and count it against your safe driving score.

As part of the extensive research MIT faculty and students conducted, drivers were asked to rate whether or not they considered themselves to be safe drivers. As it turns out, South Africa is one of the most dangerous places to drive in the world based upon the frequency of serious and fatal car accidents. Drivers there were asked to participate in a safe driving contest where they could win prizes for demonstrating safe driving skills. At the beginning of the contest, all drivers were asked to rate their safe driving skills. Of those surveyed, over 80 percent of respondents said they were safe drivers. In the first two weeks of the contest, researchers determined that roughly 30 percent of the drivers were actually safe drivers. This was the app running in the background of their phones collected data but not providing results to the drivers.

As part of the study, there were also sensors placed to their respective windshields to monitor crash data should an accident occur. After a couple of weeks of using the app with feedback, the most dangerous drivers improved their safe driving score by around 50 percent.