According to a recent news feature from the Boston Herald, the United States Secret Service advance team for presidential hopeful Hillary Clinton was in New England making sure everything was safe for Ms. Clinton’s upcoming visit to the area when they were involved in a deadly car accident. 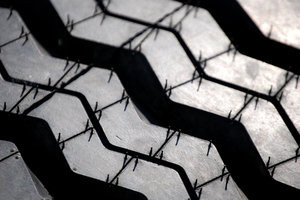 Authorities said a man without a driver’s license and with what has been described as an extensive criminal history allegedly tried to pass another vehicle in an illegal manner. He was driving on a dangerous stretch of Route 16 at the time, and they were in the middle of a heavy snowstorm. While trying to pass the vehicle, he allegedly crashed head on into car traveling in the opposite direction. That other vehicle involved in the collision was the Secret Service vehicle being operated by the Clinton advance team. An advance team is responsible for coming to area before their person they are protecting and securing the area. In some cases this involves checking the backgrounds of everyone who lives or owns a business along the planned route, and, in some high profile visits, it means removing all mailboxes and welding all manhole covers closed to prevent an attack.

The Secret Service personnel were driving a 2008 Ford Taurus at the time of the accident. The alleged at-fault driver was driving a 2001 Mercury Sable when he allegedly crossed the double yellow line and caused the deadly accident.  There were multiple occupants in both cars involved in this serious car accident, and all of the occupants sustained severe bodily injury. The alleged at-fault driver was killed in the accident. First responders believe he died immediately on impact.

There were two other passengers in alleged at-fault driver’s car. One was his 35-year-old long-time girlfriend, and the other was a friend who was 21 years old at the time of the accident. Both of these passengers were very severely injured and were unable to speak with the police when they attempted to question the victims.

All occupants in the Secret Service car were severely injured. First responders had to pull the doors off the vehicle and cut away the frame using the Jaws-of-Life to free them, so they could provide immediate medical attention. They were taken to a local level-one trauma center, where they were treated for their injuries sustained in the serious car crash.

The alleged-at fault driver is said to have a drunk driving conviction on his record, which is presumably why he lost his license, but it should be noted that it has only been alleged that this accident was his fault. There has been no finding in a court of law that he was liable for this accident. Since he is deceased, there will not be a criminal trial, but the victims could file a civil personal injury lawsuit against alleged at-fault driver’s estate. However, in order for him to found liable, a judge or jury would have to find he was responsible for the accident by a preponderance of the evidence. On the other hand, his insurance company could settle the suit prior to trial.

The police are still looking for the owner of the vehicle he was allegedly trying to pass at the time of the accident. It should be noted that the police found no bad driving on behalf of the secret service agents.