According to a recent news article from the Boston Globe, a car allegedly crashed into Dunkin’ Donuts in Canton, and two people were injured. 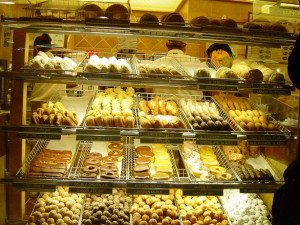 Witnesses say the crash occurred around 3 p.m. when a woman in her 40s was allegedly driving her car at a speed that seemed to be too fast. At this point, as one witnessed surmised, she likely hit the gas pedal instead of the brake pedal and came crashing through the doughnut shop.

At the time of the crash, the shop was open for business – there were two employees and one customer inside when the car came crashing in store. An officer interviewed for the news article said it was fortunate there were no other vehicles in the Dunkin Donuts parking lot, no pedestrians walking around outside, and no other customers waiting in line for their order at the time of this horrible accident.

When first responders arrived at the scene of the serious accident, they discovered two people were injured. One person injured was the driver allegedly responsible for this Massachusetts car accident, and the other was one of the people inside the store at the time of the car crash. The woman driving the car suffered what have been described as only minor injuries, while the male employee in the store suffered a head injury. His injury is considered serious, but, according to one local police lieutenant, is not life threatening.

Authorities say the alleged at-fault driver was operating a Honda Crosstour at the time of the car crash, and that vehicle is rather large. It allegedly did what authorities are calling significant structural damage to the doughnut shop.

Police are still in the early stages of conducting their investigation into the cause of the serious car accident. While they agree with witnesses and a statement from the driver that she accidentally hit the gas instead of the brake pedal, they have said it is still too early to determine if any criminal charges or citations will be issued. It should be noted that, as of the time of this article, she has not been charged with any crime and has not been alleged to have been negligently responsible for this accident in a civil capacity.

One of the things that is important to understand is that there is a difference between something being illegal and something being tortious. If something is illegal, the police can arrest someone and charge him or her with a criminal offense. Once charged with a crime, the defendant is entitled to a trial before a jury in most cases in Commonwealth of Massachusetts.   If some act is tortious, it means it is a civil wrong for which the law provides a remedy. In other words, you can sue that person in civil court. While it is possible something could be both criminal and tortious, it is also possible to be legal (not criminal), but still tortious. As you can discuss with an experienced Boston car accident lawyer, even if someone is not arrested, you can still have a case against him or her.

2 injured after car crashes into Dunkin’ Donuts in Canton, October 25, 2015, The Boston Globe, by Aneri Pattani