According to a recent news article from The Boston Globe, two people were sent to a local Boston hospital following a serious rollover car accident on Interstate 93. Authorities say the victims were an adult male and adult woman who were seriously injured when their vehicle rolled over after they were involved in a multi-vehicle accident on the Mass Pike. 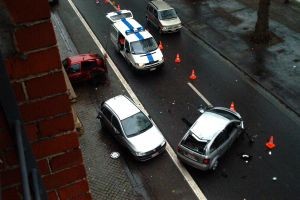 The accident occurred close to Exit 12 in Dorchester in the southbound travel lanes of the Mass Pike just prior to 10 p.m. First responders immediately responded to the serious rollover accident and provided immediate medical attention to the two adult victims in the upside down vehicle, and they managed to extract them. First responders then transported the two accident victims to a local Boston level-one trauma center, where they are listed as being in serious condition.

Massachusetts State Police are continuing to investigate the cause of the serious multi-vehicle Boston car accident. They have not yet released the total number of cars involved, the total number of injuries, or any more information about what exactly happened. It took them several hours to complete their investigation and remove the wrecked vehicles from the car accident scene, and the Mass Pike was at a virtual standstill for a number of hours following the accident. While this is far from an official report, some witnesses speculated speeding was involving in the accident, as people are known to travel through the tunnel at speeds well in excess of the posted speed limit.

As our Boston car accident attorneys know, multi-vehicle accidents are often more complicated than crashes involving only two vehicles, and this may lead to increased discovery and investigation, as well as substantially more negotiation and litigation should the case proceed to trial.

One of the reasons these cases are more complicated is because it may be difficult to determine exactly who was at fault in a chain reaction collision. For example, if one driver is speeding and crashes into another car, this may cause a chain reaction of vehicles crashing into each other. If the victims were injured when a car crashed into them, but a speeding driver did not drive that car, but rather it was pushed into victims’ car, possibly by another innocent driver, it may be hard to prove who is ultimately responsible for victims’ injuries.

This is not to say first driver who was speeding is not liable for all injuries to all drivers, but it is likely he or she does not have enough insurance to cover all injuries and property to all those harmed in a chain reaction car accident.

Under the law, a person is normally required to maintain a reasonable safe distance, so they will be able to stop in time to prevent crashing into the vehicle in front of them, but when they are physically pushed into the vehicle, the law is not always that clear. This does not mean you will not be able to recover for the total extent of all damages suffered as a result of a multi-vehicle accident, but you should make sure your attorney has experience dealing with these types of car accidents and will know what to do to maximize your chances of a successful outcome.

If you are injured in an accident in Massachusetts, call Jeffrey Glassman Injury Lawyers for a free and confidential appointment: (617) 777-7777.
Additional Resources:

Truck dangling off side of I-93 in Dorchester snarls traffic , June 7, 2015, The Boston Globe