Americans love their pets. Dogs are among the most popular pet with some 78 million canines residing in 46 million homes in the U.S., according to the American Pet Products Association. 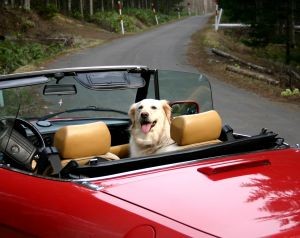 One AAA survey revealed nearly 60 percent of respondents had driven with their dog in the vehicle at some point in the last year. When a dog (or any pet, really) is unrestrained in a moving vehicle, the potential for distraction is high.

Respondents to the survey conceded that while driving with their dogs, they engaged in the following:

Noteworthy is the fact that the “taking a photo of pet” increased three-fold in the last four years. In 2011, when respondents answered this same survey, just 4 percent admitted they took photos of their animals in the car. By 2015, that figure climbed to 12 percent. The increasing pervasiveness of smartphones is no doubt central to this, but it doesn’t make doing it any safer.

Engaging in any activity other than driving behind the wheel is known as “distracted driving,” and our Boston traffic collision attorneys have seen far too many cases in which families have been utterly devastated and forever altered because of the poor, short-term decisions of a single driver.

As we are in the midst of the summer travel season, many people choose to bring their pet, rather than board them or have someone else care for them. There is nothing wrong with this. Problems by-and-large result primarily when pets are not restrained in  the vehicle.That’s when drivers are tempted to interact, engage or restrict them, and that’s when their eyes are torn from the road.

The AAA Foundation for Traffic Safety reports even taking your eyes of the road for two seconds doubles your crash risk.

What seems especially crazy is nearly 85 percent agree having an unrestrained dog in the car while it’s moving is perilous. Yet 6 in 10 drivers with dogs still do it. In fact, only about 15 percent of dog owners who drive with their pet use some kind of pet restraint while the car is in motion.

Those who don’t reason their pet is generally calm and won’t need it, it’s too complicated or troublesome or that they want the animal to have fun/be able to put their head out the window during the trip.

But consider this: If you are in an accident traveling at 50 mph and your 10-pound dog is unrestrained in the vehicle at the time, not only is your animal likely to be seriously hurt or killed, its body will exert roughly 500 pounds of force. In the same way, an 80-pound dog unrestrained in a car that crashes traveling 30 mph will exert 2,400 pounds of force. That is a lethal amount of force slamming into he driver, other passengers or ejected out the windshield toward other vehicles.

If you are planning on taking your pet for a drive – even for a short trip – read these travel tips from AAA to learn more about how to safely transport them.