According to a recent news report from the Atlanta Journal-Constitution, NBA forward Paul Millsap of the Atlanta Hawks was recently involved in a serious car accident when his Rolls Royce collided with a motorcycle. 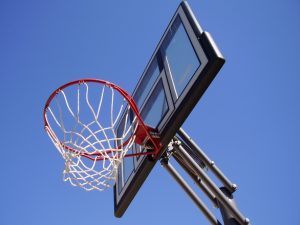 Authorities have said Millsap was leaving a golf course in Atlanta, where he had been for team-related event, when then accident occurred.  He had just left the golf course and was driving his Rolls Royce when the driver of the motorcycle allegedly crossed over the line improperly and pulled out in front of Millsap.  When the Rolls Royce crashed into the motorcycle, Millsap was not injured, but the driver of the motorcycle suffered a serious personal injury. Following this collision, the motorcycle caught fire as witnesses dialed 911.  When first responders arrived at the scene, paramedics determined the motorcycle operator had suffered a serious personal injury to his left arm, both legs, and his feet.  Paramedics did what they could to stabilize him at the scene of this accident for transport and them took him to a local level-one trauma center, where he was immediately rushed into surgery for treatment to severe personal injuries suffered.

In an interview following his accident, Millsap said he reached out to the family of the motorcycle rider, who said he was in critical condition after suffering his various injuries. The police are still conducting their investigation into the cause of this serious motorcycle accident, since they are not yet sure why the rider crossed over into Millsap’s lane thus causing this serious accident. The police have issued several moving violations to the motorcycle operator, including falling to maintain a lane of travel.   It is believed that he simply lost control of the bike while he was driving, and that was the reason he crossed over his lane in front of Millsap’s Rolls Royce.

As you can discuss with an experienced Boston motorcycle accident lawyer, accidents involving a motorcycle often result in much more severe injuries than accidents in which victims were riding in a traditional passenger vehicle. One of the reasons for this is because there is no protection between the rider’s body and the other vehicle, which is obvious from the design of the motorcycle.  The second reason is that it is very common for a motorcycle rider to be ejected from the vehicle onto the road.  Even a car accident where all victims are in traditional passenger cars, an ejection often results in serious injury or death.  However, in the case of a Boston car accident involving only cars, if everyone is wearing a seatbelt, there is a significantly lower chance that someone will be ejected from a vehicle.

One thing to keep in mind is that just because a person has chosen to ride a motorcycle, which is inherently more dangerous than a car or truck, this does not mean that they are somewhat at fault for the accident.  The reason for this is because it is a street legal vehicle, and there is a doctrine in personal injury that says we take the plaintiff as we find him or her.