Dennis Byrd, a former NLF defensive lineman on the New York Jets, was killed recently in a car accident.

His promising career had come to an abrupt end in 1992 when he was paralyzed mid-game. He smashed into a teammate while the two were trying to sack the quarterback. Byrd suffered a fractured vertebrae and severe spinal cord damage.  His doctors did not think he would walk again, let alone play football. He proved them wrong – practically a miracle after having suffered a fracture of the C-5 vertebrae. Located along the cervical spine of the neck, it’s the same area that’s often associated with whiplash injuries in a car crash.

Sadly, this was the fate Byrd ultimately suffered, bringing to a close the final chapter of an inspiring athlete. 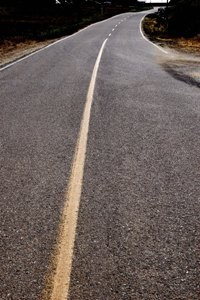 Following his spinal cord injury and initial recovery, Byrd was able to walk onto the football field the next season as an honorary team captain. His story captured the interest of a nation, and it was made into a made-for-television movie. He had become a motivational speaker who traveled across the country where he was invited to tell his story.

According to USA Today, Byrd was killed when an SUV being driven by a 17-year-old allegedly crossed the center of the road and crashed head-on into Byrd’s Hummer H2 SUV.  Byrd was fatally injured in this deadly car crash and was pronounced dead at the scene.  He had a 12-year-old passenger is his vehicle at the time of the collision.  The teen was taking the hospital for treatment of what were being described as serious injuries.  While the exact nature of his injuries were not known at the time of this article, we do know that he was placed in the critical care unit (CCU).

The driver of the SUV that allegedly crashed into Byrd’s vehicle was also seriously injured in the two-car accident, according to authorities.  He was also taken to a level-one trauma center following the accident and was sent to the ICU after having emergency surgery.   As you can discuss with your Boston car accident lawyer, when you have been injured in a crash, the most important thing you should do is to seek medical attention as soon as possible.  There are a variety of reasons for this.  The first and most important reason is that you may not know the total extent of injuries, as some injuries take longer to become apparent, and you may be in a state of shock.  Seeking prompt medical treatment will help to make sure you get the best care possible. Additionally, having a gap in treatment from the time of the accident to the time you were treated for your injuries can have a negative effect on the amount of money an insurance company would be willing to approve for a relatively quick settlement.