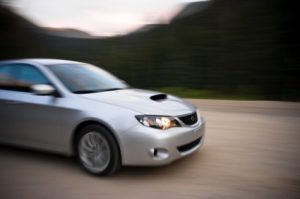 But insurance companies are not eager to pay damages, either to their own insureds or to third parties. They are looking to reduce costs wherever they can. Although insurers can’t be named as defendants in car accident lawsuits (liability of the insured first has to be established), there are sometimes disputes against insurance companies that can arise within the context of an accident lawsuit. Let’s take for example Cincinnati Ins. Co. v. Estate of Chee.

According to records with the U.S. Court of Appeal for the Seventh Circuit, a husband was behind the wheel. His wife, who had just given birth three weeks earlier, was in the passenger seat. For reasons not entirely clear, husband lost control of the vehicle and crashed into a tree. He suffered minor injuries, but hers were more serious.

She was transported to the hospital, where after three days, she died due to a pulmonary embolism after a blood clot traveled from her leg to her lung.

The wife’s estate filed two different lawsuits – one against the husband and another against the doctors/hospital that took care of her after the accident (alleging medical malpractice).

The husband was indemnified by the couple’s car insurance company, who hired legal counsel on the husband’s behalf. The couple had a policy of $250,000 per person and $500,000 per accident. The car insurance company in this instance agreed to pay the full amount of the policy, though it hasn’t yet been signed off on due to a dispute with the estate about the terms of the money’s release.

But in the meantime, the couple had an excess policy with a limit of $5 million by another insurer. The doctors/ hospital defendants filed a third party action seeking to hold husband partially accountable if they are deemed at all liable. Husband in turn filed a request for indemnification (with legal representation) by this excess insurer. The excess insurer, though, argued it didn’t need to step in because the auto insurer was already handling indemnification and it’s participation wasn’t needed until it was “time to cut a check.”

The policy expressly says the insurer has the right and duty to defend the insurer against any lawsuit seeking damages due to bodily injury, personal injury or property damages to which this policy applies. Essentially, if the policy applies to the claim, the insurer must defend.

The court further noted that if the insurer’s interpretation of the policy were adopted, the insurer would not be covered at all. “Who,” the court asked, “Would buy such a policy? No matter; (The insurer) did not write such a policy.”