According to a recent news feature from WCVB Boston, a man allegedly drove an SUV into a crowd of people who were attending an auto auction. This serious car crash occurred in Framingham in the greater Boston area. 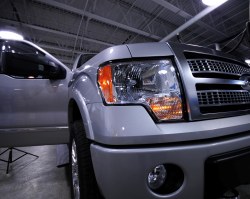 Authorities say the 78-year-old man was behind the wheel of a BMW when the vehicle began to accelerate unexpectedly and hit several people and cars at the auction house. One witness said he heard a lot of noise and saw people running in every direction. He said there were a lot of banging and crashing sounds. First responders were immediately called to the scene of the accident. One person was very seriously injured and was taken by medevac helicopter to a level-one trauma center in Boston.

Another victim of this serious car accident said he heard loud noises and then felt something hit him in the back of his leg. He said he had no idea what it was that hit him, but he said the SUV was still moving and crashing into everything in its way. At this point, the car allegedly crashed into a wall and came to a stop. In total, 11 people were injured and taken to local hospitals. The driver reportedly was not injured in the crash.

Authorities say the man driving the SUV was driving inside the auction building at the time of the crash, because the car was listed for sale, and he was driving into the display area for potential buyers to view the car. It is not yet known if the man worked for the auction house or owned the car. The building in which the auction was held was a large warehouse that was once used by the General Motors Corporation. Today, the building is owed or leased by the auction company and used to host weekly car auctions. Most of the people at the auction house were professional car buyers working for used car dealers. They said they had never seen anything like this serious car accident inside a warehouse.

It should be noted that police are still investigating the cause of the serious Boston area car accident, and the driver has not been charged with any crime as of this time. It is not yet known or information has not been released regarding why the car accelerated inside the building and then keep going as it rammed into more cars and people. When the exterior wall came crashing down, another person was trapped under some concrete blocks, and first responders had to dig him out of the rubble. While it has not been confirmed, it is likely the man was airlifted to the Boston area hospital.