One of the more common injuries suffered in a Boston car accident involves damage to the neck or spine.  A neck injury can range from mild discomfort to permanent paralysis or even death.   One thing to keep in mind is that even in a seemingly minor car accident, a neck injury is possible, and this can result in a permanent pain and suffering, including headaches and other types of physical discomfort. 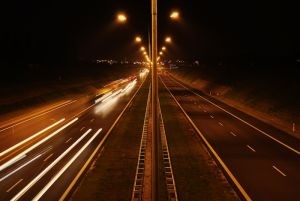 One of the more common types of injury involves damage to the soft tissue.  A soft tissue injury (STI) can occur anywhere in the body, but the neck is a major site for the trauma in a car accident lawsuit. A soft tissue injury can include a strain or contusion to the soft tissue and often results in considerable pain and suffering.  It will often be of necessity to have a neurological examination to rule out any more serious injuries and for victim to undergo physical therapy until the pain subsides.While the medical treatment will be up to your doctors and therapists, you Boston car accident lawyers will be able to assist you in obtaining all of the medical bills and records (these are not the same as your hospital discharge papers which you likely were given when you left the hospital).

According to a recent news article from The Post and Courier,  a defensive end for the top-rated Clemson University football team, suffered a serious personal injury in a car crash and will be out for all of next season as he recovers.  The good news is he is expected to a make a full recovery and will not suffer any permanent paralysis.   Many expected this to be a breakout season for the player, and he was good but largely overshadowed by older players last season who have not gone on to the NFL.  This was the same type of injury suffered by his former teammate in 2015 when he fractured his neck during the first drive of the first game of that season. His former teammate managed to make a full recovery, completed his time with Clemson, and was drafted by the Chargers, so the defensive end is hoping his recovery goes as well as his former teammate

One thing to keep in mind following a serious neck injury, such as a fracture, is that you will often be required to miss a lot of work, as it necessary to keep the spine immobile as it heals in many cases.   This means you may need to wear a Halo brace for a considerable amount of time.  This is a metal collar that is pinned to the victim’s head with metal bars that attach to a vest.  This is designed to keep the head and neck perfectly still, even when the patient is moving around. While it is designed not to hurt, it is obviously not comfortable, and this suffering can be included as damages in a car accident lawsuit.

Clemson defensive end Richard Yeargin to miss all of 2017 season after car accident, June 5, 2017, By Grace Raynor, Post and Courier