Chicopee, Massachusetts is home to Westover Air Reserve Base, which was the site of fatal car accident that result in two dead, according to a recent news report from NECN.  The driver was operating the vehicle outside of the base when it allegedly crashed into the parameter fence, hit a cement truck and burst into flames. 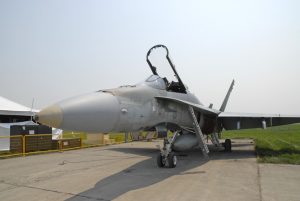 The Massachusetts State Police (MSP) stated immediately afterward they were investigating cause of this deadly crash but quickly issued a statement saying there is no indication that this was in any way related to an act of terrorism, but the investigation is still underway.  This Air Force base is the largest U.S. Air Force Reverse base in the United States, and there were already emergency personnel on sight who were able to promptly respond to this fatal car accident.  When first responders arrived at the burning vehicle, they were able to put out the fire and pull the driver and the passenger out of the burned wreckage.  They had already died when they were extracted from the vehicle.

Authorities have said the crash occurred around 11 p.m., and they believe the vehicle hit the fence at a high rate of speed causing then to break through. Once on the base, the car rolled over before hitting the cement truck and bursting into flames.  During the rollover, the driver was partially ejected from the vehicle but was not thrown completely clear.  While police do have reason to believe that speed was contributing factor to this accident, they are not completely sure why the car hit the fence.

It is important to note that in this case, there have been no formal accusations that the driver of this vehicle was negligent in any way in connection with this fatal accident.  As is the case with any fatal car accident in the Commonwealth, the MSP accident reconstruction and investigation team will be performing a full analysis into the cause of the crash and will likely release a finding at a later date.  The two victims will also likely be sent the Office of the State Medical Examiner in Boston for autopsies to be performed. Again, this is standard practice and does not mean there was any negligence in connection with this car accident.

While this is obviously not the position in which anyone wants to find themselves, it may be the only way for you or your family to receive a full and appropriate financial recovery for all of the damages you sustained in your Boston car accident.