Vehicle owners who fail to address obvious rust may find themselves facing a liability lawsuit for negligent maintenance of a vehicle. While we tend to see this claim more often in truck accident cases where large corporate carriers don’t adequately maintain their fleet, we can also bring such a claim against private vehicle owners when there is evidence they neglected to address basic maintenance issues that could foreseeably impact safety and played a role in the crash.  END_OF_DOCUMENT_TOKEN_TO_BE_REPLACED

It is hard to imagine anything scarier than being trapped in a car following a serious car accident.  Unfortunately, this was the case for one family, according to a recent news feature from the Boston Globe.

Authorities report the crash occurred in Boston’s Roxbury neighborhood just before eight in the evening.  After multiple vehicles crashed into each other at a major intersection, authorities were called to the scene. When they arrived, they came upon a real mess and immediately went to work rescuing the victims. END_OF_DOCUMENT_TOKEN_TO_BE_REPLACED

According to a recent report from Breibart News, a three-car accident in Texas was caused by rather unusual circumstances.

However, witnesses to the accident tell a very different story.  Witnesses say the man was having sex with a woman in the car just before the crash.  He then ran into a stopped pickup truck, ran out of the car, and began rolling on the ground.  He was allegedly yelling that he was innocent and also was yelling “justice” and “I didn’t do it.” END_OF_DOCUMENT_TOKEN_TO_BE_REPLACED

According to a recent news feature from the Eagle-Tribune, an off-duty 20-year veteran of the Boston Police Department struck and killed a high school student while driving in Milton, Massachusetts. 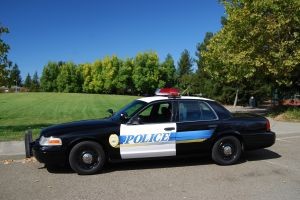 Authorities say the 18-year-old female student was walking across the street as she was headed to her church.  It was a weekday, and the teen was a tutor for younger students as part of an after-school educational program. As she was walking across the street, the 44-year-old driver, who is a sergeant with the Boston Police Department, allegedly struck her with his vehicle.

The teen was pronounced dead soon after. END_OF_DOCUMENT_TOKEN_TO_BE_REPLACED