However, with so many police vehicles on the roads and streets of Boston, it is not a question of if, but rather when a police officer in an official vehicle will be involved in a motor vehicle crash.   END_OF_DOCUMENT_TOKEN_TO_BE_REPLACED

From time to time we hear about single-vehicle car crashes. As the name implies, when first-responders get the scene of a car accident, they only find one vehicle. In the event the single-vehicle Boston car crash proves deadly, it is easy to assume the driver of the only vehicle found at the scene was at fault in the accident. We often hear news stories including a police statement indicating the single driver involved in the crash lost control of his or her vehicle and went off the road, followed by a standard line saying the cause of the crash remains under investigation.

This happens because news organizations and even police do not want to blame a deceased driver, but they do not believe there will be much more follow-up or investigation into the matter as most times, this will be the only story ever published on the topic, unless there is a brief follow-up identifying the victim.  In the case of a Boston single-vehicle car accident where the driver survives, it is easier to find out exactly what happened, assuming driver is able and willing to speak about the accident and gives a truthful account. END_OF_DOCUMENT_TOKEN_TO_BE_REPLACED

Driverless cars have returned to Boston, following a brief stoppage following a fatal crash in Arizona.

After that incident, the City of Boston asked companies testing self-driving passenger car services to suspend all tests and pilot programs until a safety evaluation could be performed and various concerns addressed.  The action stemmed from an accident involving a woman who was killed by a purportedly self-driving ride-sharing app vehicle while she was walking her bike across the street.

In that case, police have said she was allegedly not at a crosswalk, and was walking alongside her bike in while crossing the middle of a roadway when she was struck by a self-driving vehicle. This particular vehicle was supposedly programmed to stop for pedestrians in the crosswalk, but it was unable to avoid hitting a person who was crossing in the middle of the street.

Now, officials have cleared the vehicles to continue operation on city streets. END_OF_DOCUMENT_TOKEN_TO_BE_REPLACED

Self-driving cars may well be the future of automotive travel in the U.S. – and it may happen sooner rather than later. Some cars like Tesla already have an advanced form of cruise control, but the truth is it’s a rudimentary form of a self-driving car.  Google is working on another far more advanced self-driving car system it could sell to other car makers, one that would be fully autonomous, and other self-driving technologies are being tested.

But no matter how soon these vehicles get on the road, the legal system may need some time to catch up. For instance, what happens when (not if) one of these fully autonomous vehicles crashes and is deemed at-fault? If there is no human behind the wheel, who is liable in a Boston car accident lawsuit? Even if a human is behind the wheel, could he or she still be responsible?

In the case of a self-driving vehicle for hire such as a taxi, there is no human driver and the only humans in the vehicle are sitting in the rear with no access to the controls. In such a case, who would be to blame? The manufacturer of the technology? The owner of the vehicle? The person sitting in the driver’s seat?

There are all valid questions that will need to be ironed out as these technologies are unveiled.  END_OF_DOCUMENT_TOKEN_TO_BE_REPLACED

Vehicle owners who fail to address obvious rust may find themselves facing a liability lawsuit for negligent maintenance of a vehicle. While we tend to see this claim more often in truck accident cases where large corporate carriers don’t adequately maintain their fleet, we can also bring such a claim against private vehicle owners when there is evidence they neglected to address basic maintenance issues that could foreseeably impact safety and played a role in the crash.  END_OF_DOCUMENT_TOKEN_TO_BE_REPLACED

Auto insurance in Massachusetts is not getting cheaper, so it may not be a great time to tell you to increase your UM/UIM coverage – but it’s important.

Here’s why: Auto insurance premiums have recently hit a national average of $1,427, according to The Washington Post. This is for a few different reasons, including catastrophic weather (which increases the number of crashes). However, as the Post reported, one’s college degree or credit score may actually have more bearing on how much your car insurance costs than your actual driving record, given the complex and often opaque formulas used by auto insurers. What this boils down to is that people who might really need insurance are going to either skimp on coverage, buying only the bare minimum required by law, or they aren’t going to buy any at all and take their chances getting caught.

The Insurance Information Institute reports that from 1992 to 2015, the estimated percentage of uninsured motorists nationally ranged somewhere between 16 percent and 13 percent. Florida had the highest rate of uninsured motorists (27 percent), while Massachusetts had one of the lowest (6.2 percent). Here, state law requires motorists carry a minimum:

END_OF_DOCUMENT_TOKEN_TO_BE_REPLACED 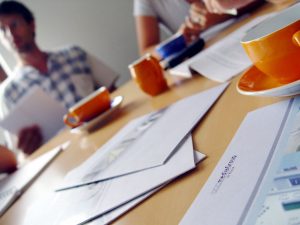 For instance last year, the Massachusetts Appeals Court held the lower court (Bristol County Superior Court) in Chamberland v. Arabella Mutual Insurance Company did not abuse its discretion in deciding the insurer could compel plaintiff in the car accident lawsuit to resolve the underinsured motorist claim via arbitration, rather than in a courtroom.  END_OF_DOCUMENT_TOKEN_TO_BE_REPLACED

In many serious car accidents in the Greater Boston area, one or more victims will be pronounced dead at the scene of the crash, or at the hospital a short time later. In some accidents, however, victims will survive for some time following the accident.  This can be days, weeks, or even years. In such cases, a wrongful death claim may be added to a negligence claim that has already been filed so long as the plaintiff did not sign a general release of liability and waiver.

While it may seem strange, a person could die from a car accident years later, there are cases where a person suffers from severe organ damage that will eventually result in death, even if it does not happen for a long time.  For example, a person could damage their kidneys, liver, or both and survive for a while on medication and dialysis, but eventually succumb to the injuries. When a death occurs, as long as there is a causal connection between the accident that caused the damage, a claim may be warranted. END_OF_DOCUMENT_TOKEN_TO_BE_REPLACED

The clear majority of Boston car accident lawsuits are filed under a theory of negligence.  If a plaintiff was killed, a claim for wrongful death would be added as well, but the case would likely be pleaded under the same theory of negligence, but the wrongful death claim would allow for a demand for additional damages as well as possibly some direct claims such as loss of consortium filed by a surviving spouse. In some cases, plaintiff is able to plead an intentional tort such as battery if defendant is alleged to have intentionally hit plaintiff with his or her car, but those cases are few and far between.

The point is it will be necessary to determine who was at-fault in the serious or fatal Boston car accident and present enough evidence of fault to convince a jury if necessary, but hopefully to convince a car insurance company to agree a full and appropriate financial settlement so as to fully compensate a plaintiff for any loss suffered.  END_OF_DOCUMENT_TOKEN_TO_BE_REPLACED

Each year car accidents many car accidents in Boston result in serious personal injury, but some result in death.  Unfortunately, the numbers are getting worse instead of better as the Boston Globe reported the number of traffic deaths has risen nearly 50 percent in recent years.  When a victim dies in a car accident, as opposed to only suffering injuries, decedent is still the plaintiff, but the case is filed in the name of decedent’s estate, and a representative of plaintiff stands in for the decedent when it comes to settlement negotiations or going to court should the case fail to settle.

These cases will be filed with the name of the decedent’s estate on the caption as well as name of the estate’s representative.  This representative is ultimately chosen by the Family and Probate court in Suffolk County, but the decedent, through a last will and testament may have a say in the matter posthumously. In the event decedent died with a valid last will and testament, this instrument will declare who he or she had selected as the personal representative of his or her probate estate. If it is clear, and this person is willing and able to accept  responsibility, courts generally honor a decedent’s request. Hopefully, a lawyer prepared decedent’s will because when people attempt to use so-called online legal help services, things can get very messy and lead to a lot of problems between family members. END_OF_DOCUMENT_TOKEN_TO_BE_REPLACED